UB kicks off fall practice with eyes on quarterback competition 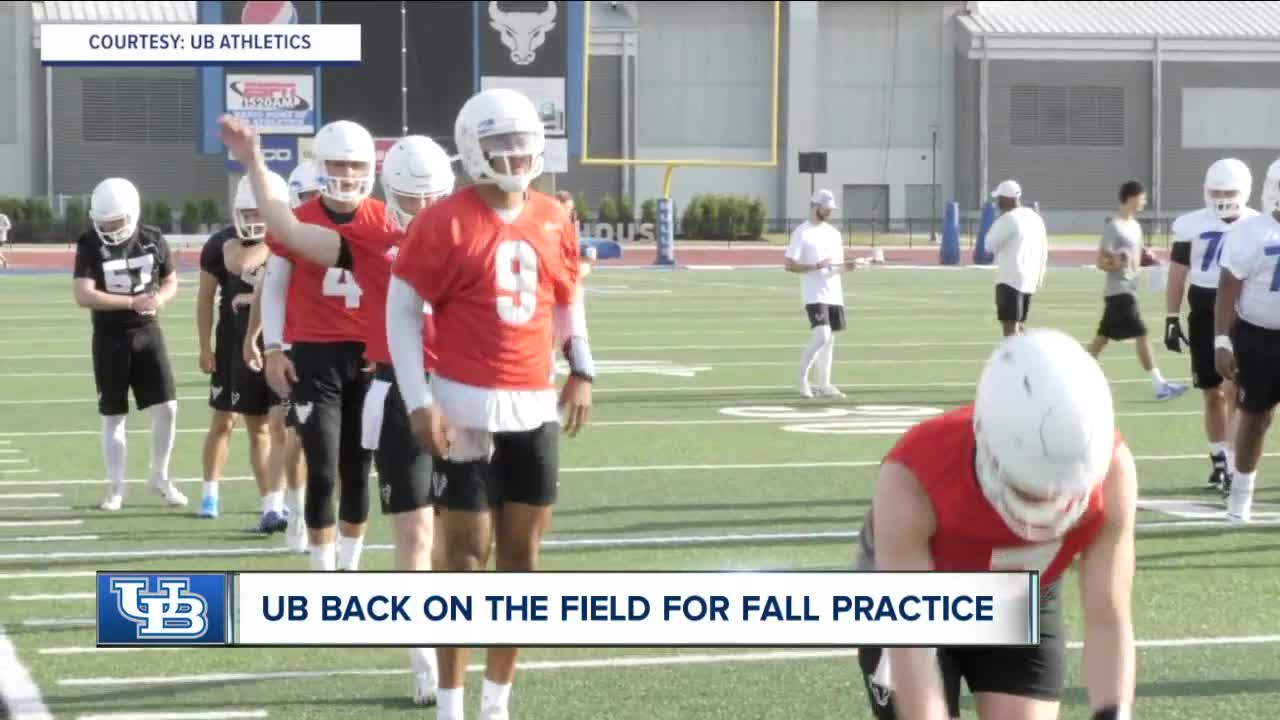 UB kicks off fall practice with eyes on QB battle

Last season the Bulls had one of their best seasons in program history, led by a group of talented upper-classmen. Less than a year later, the team is rebuilding, especially on the offensive side of the ball.

With the departure of Tyree Jackson, who chose to declare for the 2019 NFL Draft, the Bulls have five QBs on their roster and only one who's seen game-action.

Kyle Vantrease is the most experienced of the group. He started a game as a true freshman back in 2017 and while redshirting as a sophomore, did see action in three games as a reserve quarterback. Last season he completed four of nine passes for 20 yards.

Dominic Johnson returns to the team after another season of playing both football and basketball. Johnson redshirted his first season and didn't see any game action until 2018. He appeared in four games as a reserve role and completed his first career pass in the Bulls' game against Ohio.

Matt Myers, a former West Seneca West Indian and Timon Tiger, is entering his second season with the Bulls after redshirting last season. Myers was a standout QB in his senior year at WSW where he wound up winning the 2017 Connolly Cup trophy following a season that saw him throw for 2,397 yards and 24 passing touchdowns.

Other quarterbacks on the roster include Aaron Chase, a WNY native and Starpoint alum, and Trevor Byczinski. The Bulls kick off the regular season on Thursday, August 29th against Robert Morris at home.