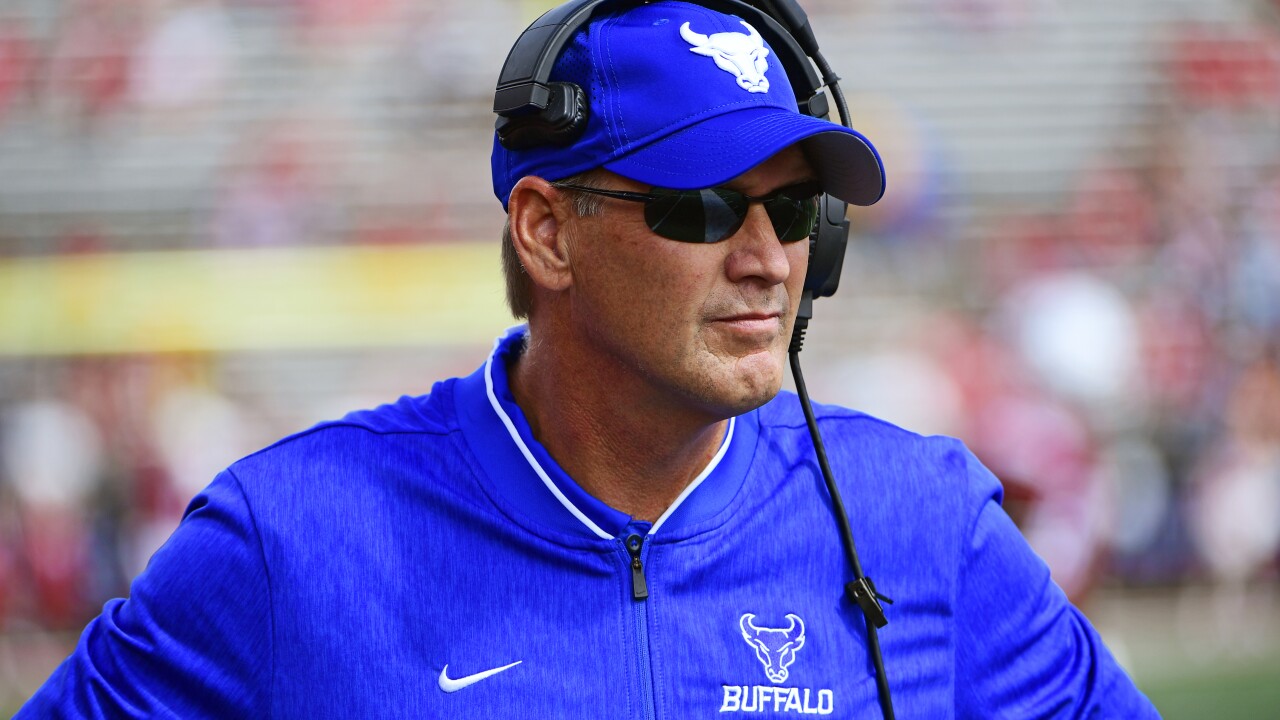 BUFFALO, N.Y. (WKBW) — They say every week is a new challenge, but for the UB football team, this week's challenge may be their toughest yet.

"These are opportunities that don't come along all the time for our program, UB head coach Lance Leipold said during his weekly press conference. "These are things we're striving to be a part of."

The Bulls will travel to 15th ranked Penn State on Saturday for the program's fourth meeting with the Nittany Lions. UB is 1-2 all-time against Penn State with their only win coming back in 2000.

UB kicked off the 2019 season with a 38-10 win over Robert Morris where the majority of their yardage came on the ground. UB head coach Lance Leipold knows this weekend will be much different.

"Are we going to throw the ball more than ten times? Yea, I would pretty much count on that," Leipold said in his weekly press conference. "It's gonna be a great day for Matt in he's going to grow a lot in this game but again, for a red-shirt freshman making his second career start, you can't just put it all on him."

Matt Myers, a WNY native, will once again get the start under center. Myers completed 50% of his passes had three total touchdowns in the team's win last weekend.