UB Football players and staff elated to have 'MACtion' back 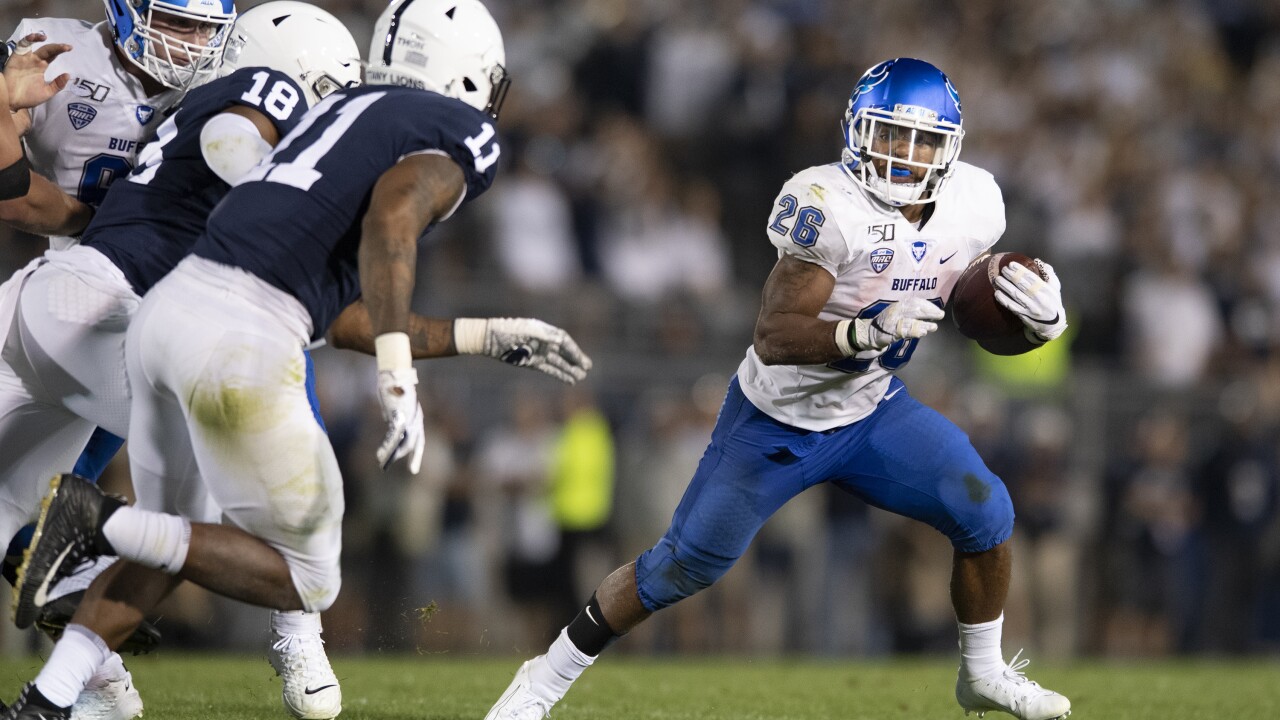 BUFFALO, N.Y. (WKBW) — The Mid-American Conference will be back in action in a shortened fall season that starts on November 4th after a vote among presidents and staff.

From early November until mid-December, MAC teams will play a six-game schedule. All players and staff will receive COVID-19 tests four times a week starting in October.

"We'll definitely follow the right protocols, and I feel like our medical team has done great," junior running back Jaret Patterson said. "To see half of the FBS playing and the MAC isn't playing, that just made [us] want to fight more."

Patterson and senior wide receiver Dominic Johnson were UB's representatives in a meeting with MAC commissioner Jon Steinbrecher. But the desire to play went far past the two of them.

"I stand behind it, support it, and appreciate that passion behind it," ahtletic director Mark Alnutt said. "It's something that you expect... you would hope that's the sentiment of people just wanting to play, especially when you see other conferences finding a way to get that done."

The MAC was the first FBS conference to lose sight of a way to get it done. They were the first at that level to postpone their football season in early August.

Both the Big Ten and the PAC-12 followed suit, but since then, both conferences have already rolled out plans to resume play.

"I've had to get on [meetings] and give them no news, or disappointing news," head coach Lance Leipold said. "To see the excitement build here after things are starting to happen and just seeing through our phones, the excitement, I think there's a glimmer of normalcy."

But just like other conferences with a shortened season and conferences who were playing all along, teams and players will have to adjust to a new normal.

Along with COVID-19 tests four times a week, the MAC will also continue to evaluate the schedule based on test results. UB has said that they'll work with the department of health in Erie County and New York State, as well.

Of the 11 other teams in the MAC, only two are in states that are on New York's quarantine list as of September 25th. Ball State (Indiana) and Northern Illinois. Everyone else in the conference is in Ohio or Michigan.