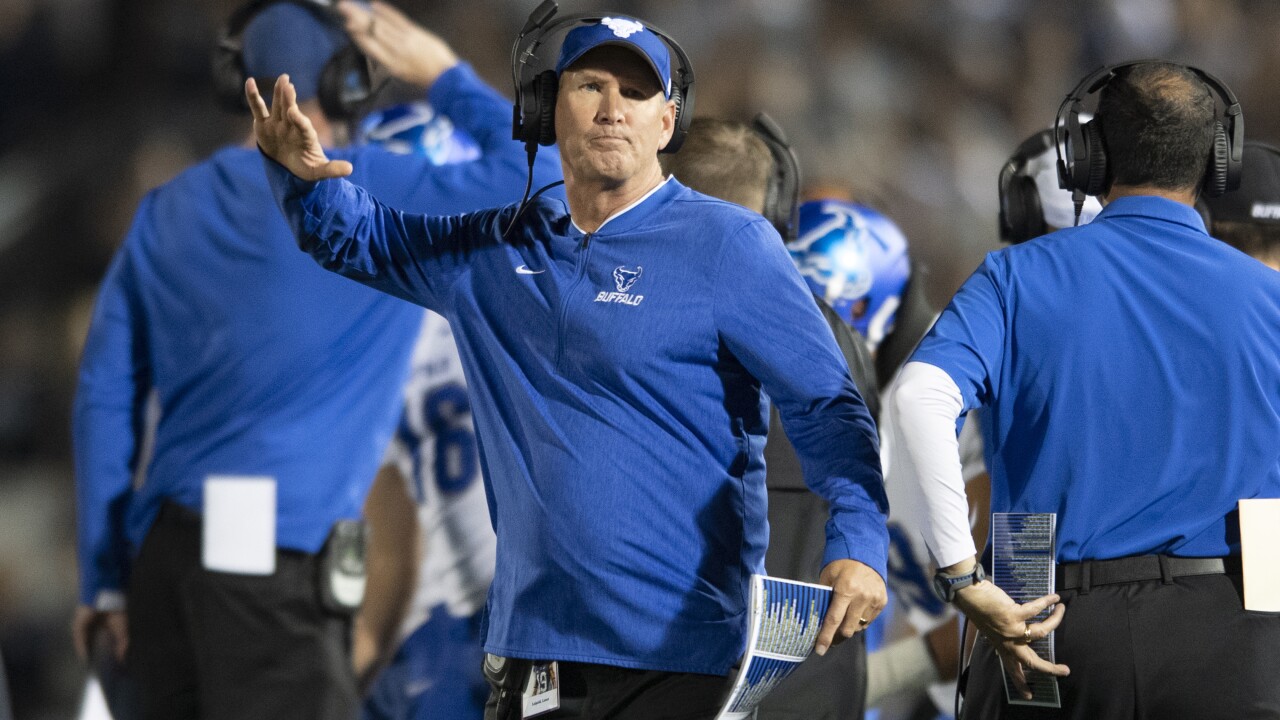 AMHERST, NY (WKBW) — The UB football team hasn't even begun their season and their schedule is already dwindling.

With the COVID-19 pandemic impacting collegiate sports, more and more athletic conference are choosing to alter or postpone their Fall seasons. Those decisions continue to impact the Bulls who have lost another non-conference opponent.

“With the Northeast Conference’s decision to postpone fall sports this year, we will not be able to host Saint Francis in our football home opener on September 12th," UB Athletic Director Mark Alnutt said in a statement. "After speaking with their Director of Athletics, James Downer, we’ll work together to reschedule this contest in a future season.”

This is the second non-conference opponent the UB football has lost this season, leaving their second and third weeks without a contest. Their game at Ohio State, originally scheduled for September 19th, was canceled after the Big Ten Conference eliminated non-conference games.

As of now, the Bulls are still scheduled to open the season at Kansas State on September 5th, however that could change should the Big 12 Conference forgo non-conference opponents.