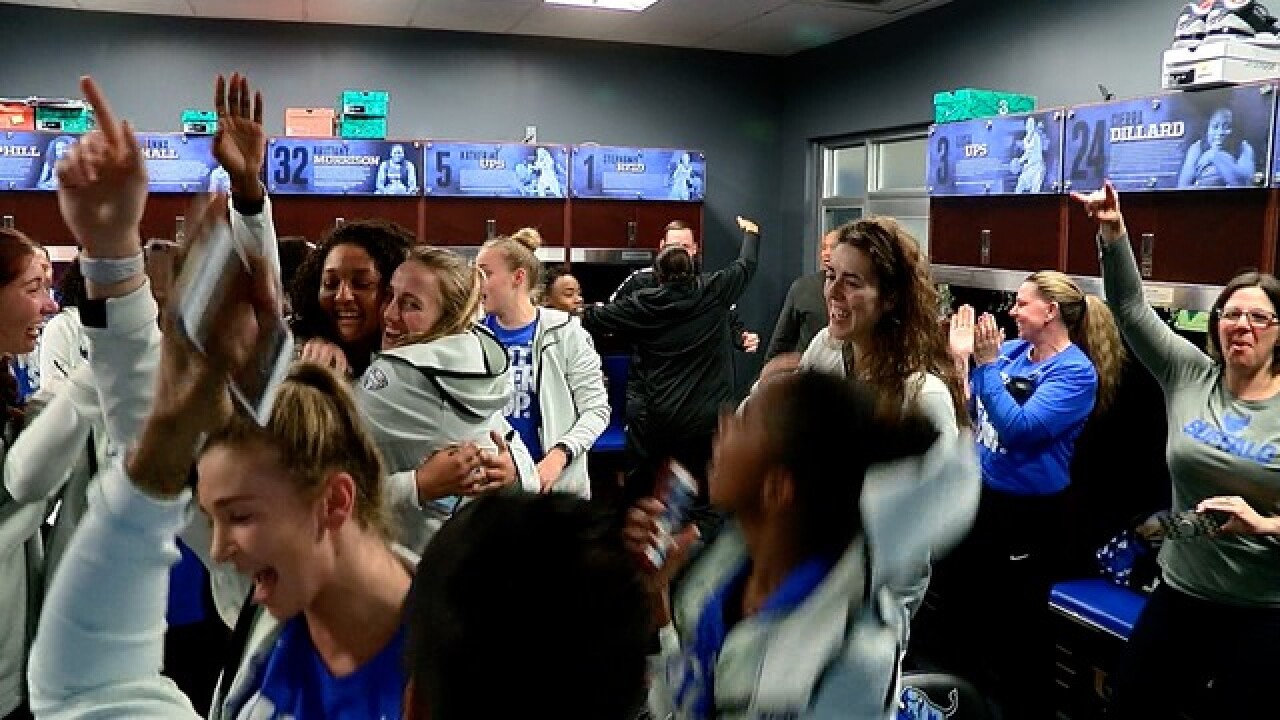 The wait was long, but it was worth it.

On Monday night, the UB women's basketball team found out they were one of 64 teams selected to the NCAA Division I Tournament field.

On Sunday night, ESPN released the eight women's teams on the bubble and UB was one of them. The Bulls fell short of a Mid-American Conference Tournament title, falling to Central Michigan who then clinch the automatic bid. The last time the MAC had two teams in the NCAA field was back in 1996 but the Bulls went into the night optimistic that drought would end.

The Bulls gathered in the team's locker room to watch the Selection Show together and they didn't have to wait long to see their name on the screen. They were seeded 11th in the East Region and are set to take on 6th seed South Florida.

The Bulls finished the regular season with a 27-5 record, a 12-0 record at home and were listed in that 22nd spot in the latest RPI (a rankings system that is based on wins, losses and strength of schedule).

Their first game is set for Saturday March 17th at 1:30p.m. in Tallahassee, Florida.