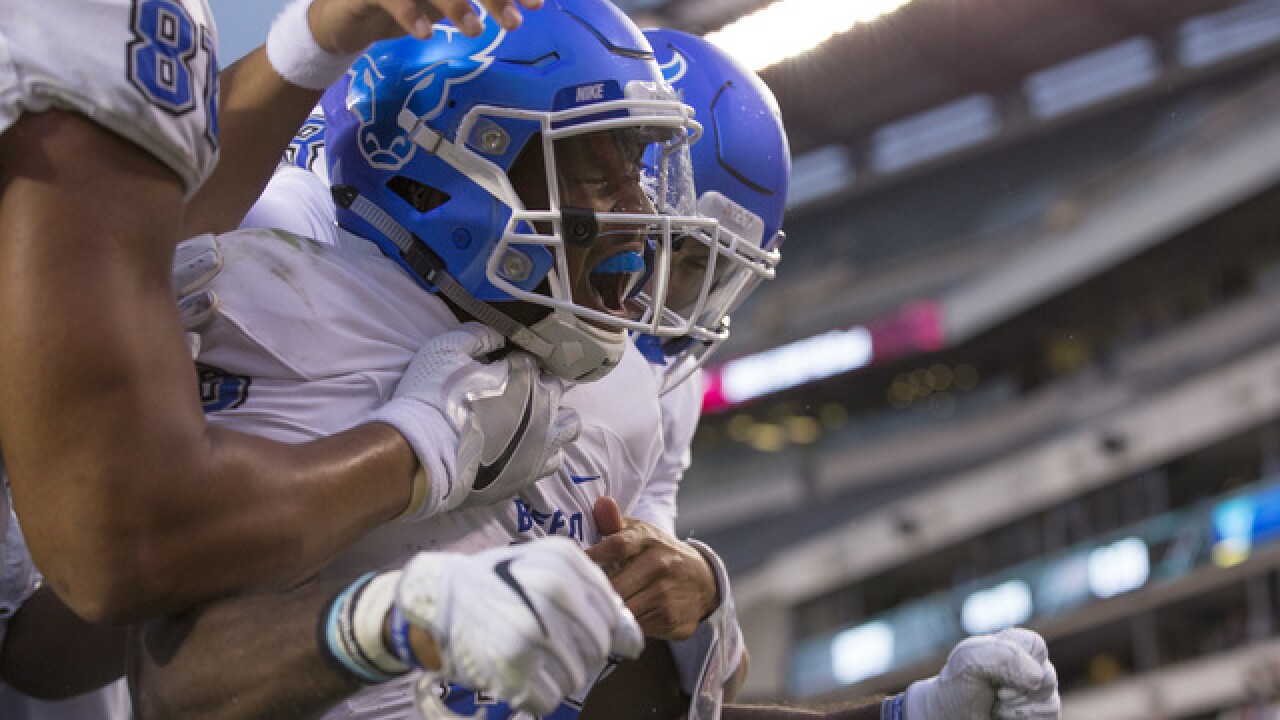 It came down to the final minute of play for the UB football team to make history.

A TD pass from Tyree Jackson to Anthony Johnson with a minute to go followed by a strip and fumble recovery by the Bulls defense sealed the deal. The Bulls are 2-0 for the first time as a FBS program with a 36-29 win over Temple on the road Saturday afternoon.

J​ackson passed for 275 yards and three touchdowns in the win that followed a six touchdown pass performance the week before. Johnson finished with 76 yards receiving and that final touchdown.

We think that @LewisCaralla is a little pumped up after this win #UBhornsUP #WhyNotTheBulls pic.twitter.com/caTupHi28C

They'll look to make it 3-0 next Saturday when they host Eastern Michigan. Kickoff is set for 6 p.m. at UB Stadium.