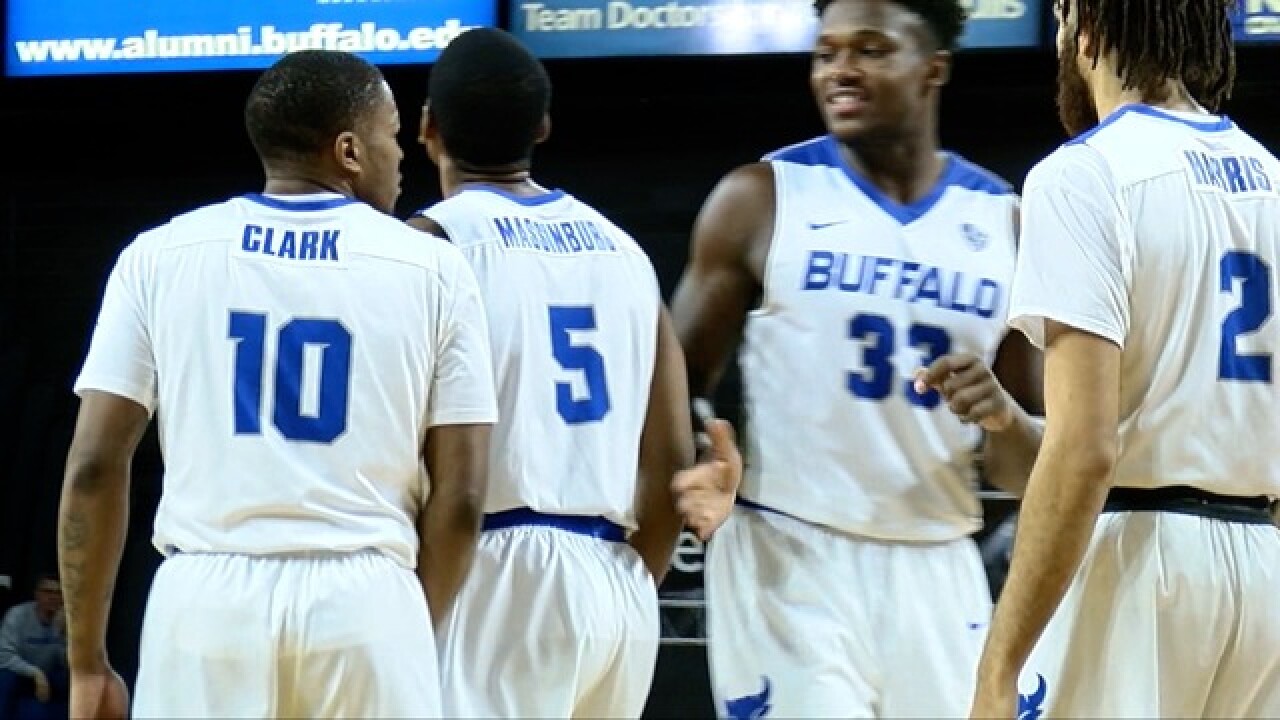 The Bulls picked up a 100-70 win over Bowling Green Friday night, the 24th time this season they've scored more than 80 points in a game.

The win also gave UB their 15th MAC win this season. They are the first MAC program to win 15 conference games since the 2005-2006 season.

CJ Massinburg and Dan Perkins led the Bulls in scoring, each with 19 points. Perkins added nine rebounds. Jeremy Harris chipped in with 17 points and five rebounds in the win. Jayvon Graves and Wes Clark added 12 and 10 points respectively.

The Bulls are the #1 seed in the upcoming MAC Tournament. The bracket will be released once all regular season games have ended.