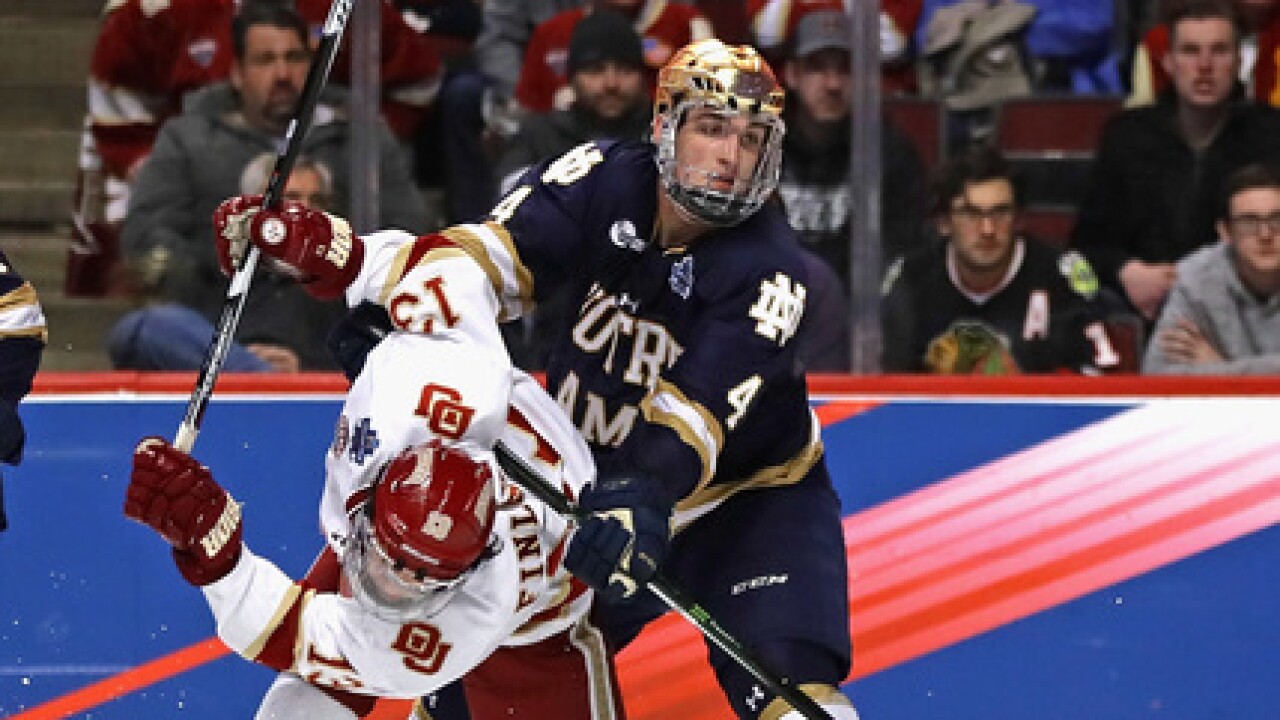 Copyright 2018 Scripps Media, Inc. All rights reserved. This material may not be published, broadcast, rewritten, or redistributed.
Jonathan Daniel
<p>CHICAGO, IL - APRIL 06: Dennis Gilbert #4 of the Notre Dame Fighting Irish checks Liam Finlay #13 of the Denver Pioneers during game two of the 2017 NCAA Division I Men's Hockey Championship Semifinal at the United Center on April 6, 2017 in Chicago, Illinois. (Photo by Jonathan Daniel/Getty Images)</p>

Buffalo native and former Notre Dame hockey player, Dennis Gilbert, is taking the next step in his hockey career.

The junior defenseman has signed a three-year, entry-level contract with the Chicago Blackhawks. The deal was announced Friday morning.

Gilbert was selected by the Blackhawks in the third round (91st overall) in the 2015 NHL Draft. He will report to the Rockford IceHogs of the American Hockey League.

In his three seasons with the Fighting Irish he tallied six goals, 36 assists and 42 points. He was the only defenseman in the country with more than one shorthanded goal this past season and led the team with 88 blocked shots (ranked tied for third in the NCAA).

Gilbert graduated from St. Joe's Collegiate Institute and also joined the Buffalo Junior Sabres of the Ontario Junior Hockey League during the 2013-2014 season.