St. Bonaventure's run in the NCAA Tournament comes to an end with 77-62 loss to Florida 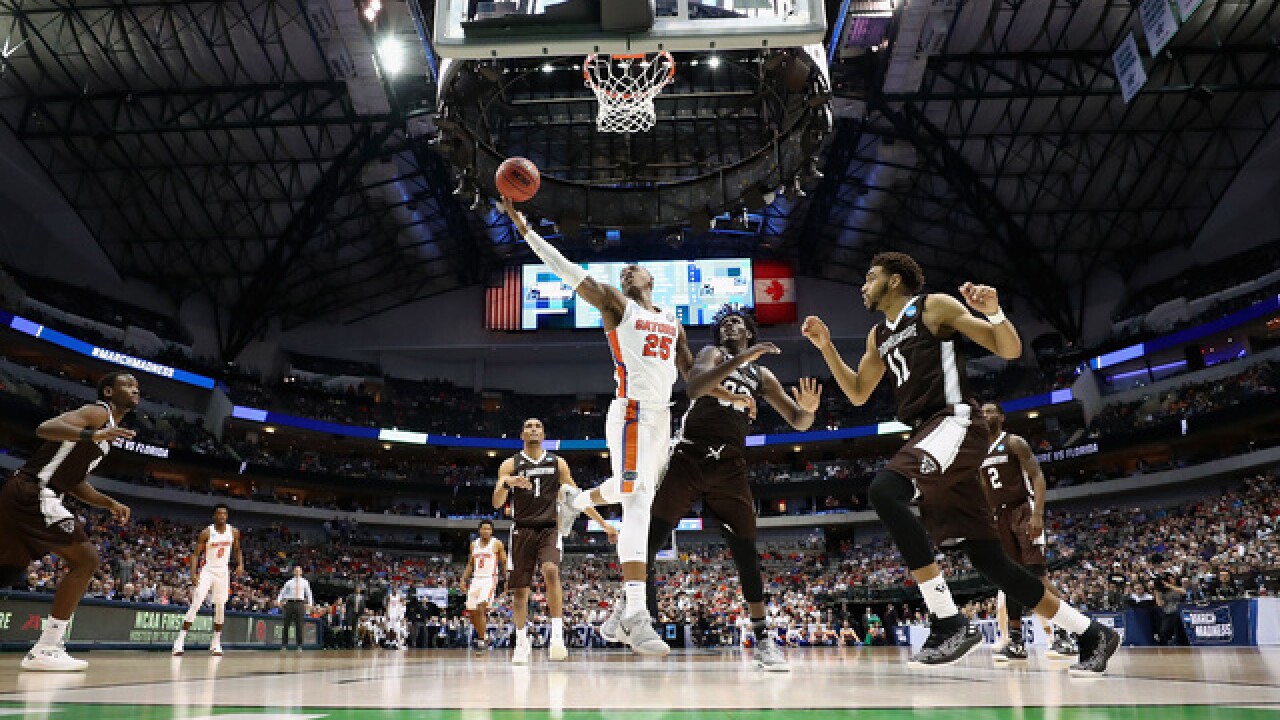 Copyright 2018 Scripps Media, Inc. All rights reserved. This material may not be published, broadcast, rewritten, or redistributed.
Ronald Martinez
DALLAS, TX - MARCH 15: Keith Stone #25 of the Florida Gators goes up for a shot against Amadi Ikpeze #32 of the St. Bonaventure Bonnies in the first half in the first round of the 2018 NCAA Men's Basketball Tournament at American Airlines Center on March 15, 2018 in Dallas, Texas. (Photo by Ronald Martinez/Getty Images)

The Bonnies, the 11th seed in the East Region, fell to 6th seed Florida 77-62 in the NCAA Tournament's Round of 64. The game was played in Dallas, Texas.

Through the first six minutes of the game, the Bonnies and Gators traded baskets to keep things close early but the Gators soon made a run and led it 20-9 midway through the first half. The Bonnies cut that deficit though with a run of their own that started with a few free throws and a three-pointer from Matt Mobely. They took their first lead since the first few minutes of the game off a free throw from Idris Taqqee for a 22-21 lead with 3:05 to go in the first half. The Gators closed things out with a few baskets to lead things 27-22 at the break.

In the 2nd half, the Gators came out hot and never looked back, holding the Bonnies to zero points through the first three minutes of play. The Bonnies finally got their first points of the half after Courtney Stockard hit a layup with 16:33 left on the clock but it was a little too late as the Gators built a 12-point lead and kept adding on.

Stockard led all Bonnies in scoring with 14 points and six rebounds before fouling out late in the game. Senior and A10 Co-player of the year, Jaylen Adams added 11 points while Mobley chipped in with 10. Taqqee finished the night big on the boards with 13 total rebounds.

The Bonnies earned a spot in the 64-team field after a win over UCLA in the First Four.