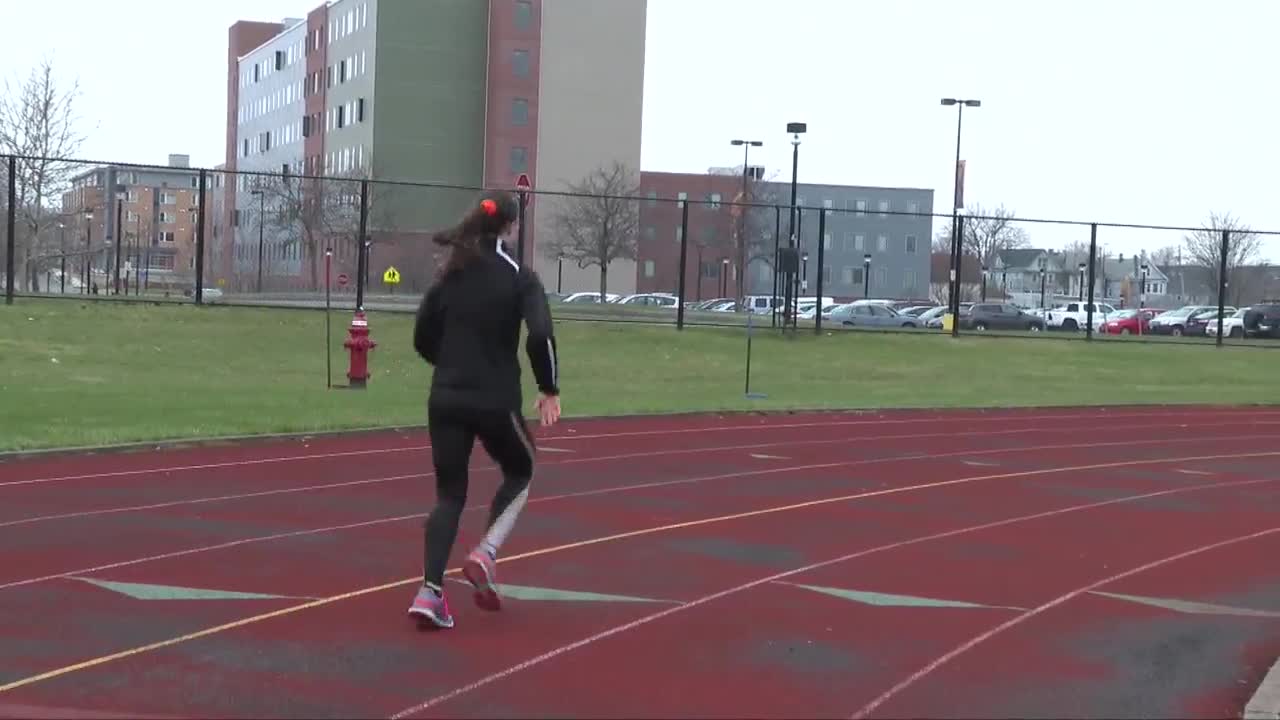 The now senior at Buffalo State broke her first record as a freshman and since then, has seven records and counting spread out between cross country, outdoor track and indoor track. Kordrupel has been running since the 8th grade and hits the pavement nearly year round.

"Our cross country season starts midway through August and our outdoor season ends toward the end of May, early June sometimes. We're literally running the entire year except through two months in the summer."

Through nearly four full seasons with the Bengals, Kordrupel has those records and has qualified for the Division III National Tournament in all three sports. She likes to run and she's good at it.

"It brings me this sense of peace and satisfaction," she said. "It's like a healthy stress reliever, getting it out on the track after class."

Kordrupel is a standout athlete who's proven to be an asset for the Buffalo State running programs but part of the reason she can run as well as she does is because of what she consumes and that's where her other hobby, cooking, comes into play.

"It makes you rethink what you're eating in a day so it helps you realize just what it is you're putting into your body," Kordrupel said.

Kordrupel was once a dietetic major who's now in hospitality. She cooks at Campus House as part of a class and once school's out, works in the kitchen at Transit Valley.

It's a hobby that's helped her learn more about nutrition and improve her athletic performance.

"Usually I'll take like a 2 oz. vile of beet juice before my races," she said. "It helps increase the stamina and the blood flow throughout all my races."

Two hobbies that have merged into one, only helping Kordrupel become the successful runner she is today. Seven school records and counting with a goal of one final National berth on the list.