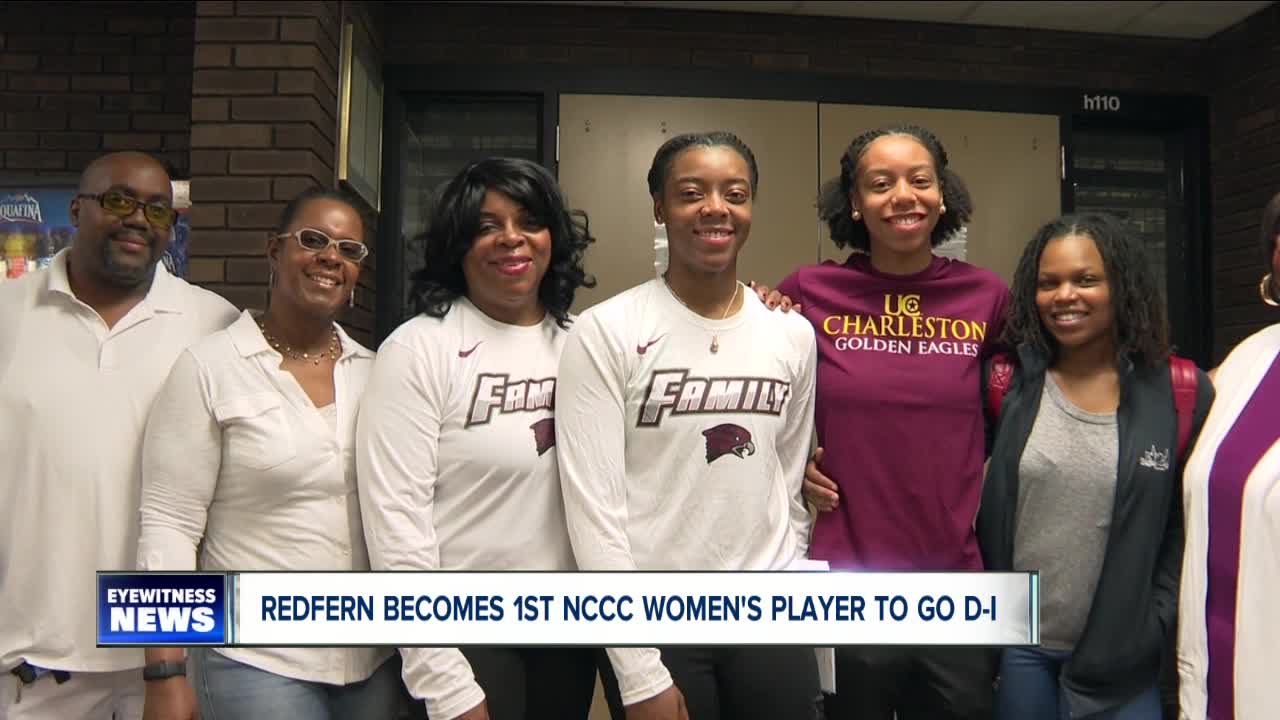 SANFORD, N.Y. (WKBW) — For the first time in program history, the NCCC women's basketball team is sending a player to a Division-I program. On Saturday, Kenetria Redfern signed a national letter of intent with Maryland Eastern Shore following her career with the Thunderwolves.

"It feels well deserved, definitely," she said. "My path was a little different than most people's. I had to go to a four-year, then to a two-year, red-shirt, so for it to finally happen, it's a breath of fresh air. I know I deserve it, I know I worked for it and it was something that wasn't just handed to me."

Redfern played high school basketball at Cheektowaga and to her knowledge, is also the first player from that school to play on a Division-I team.