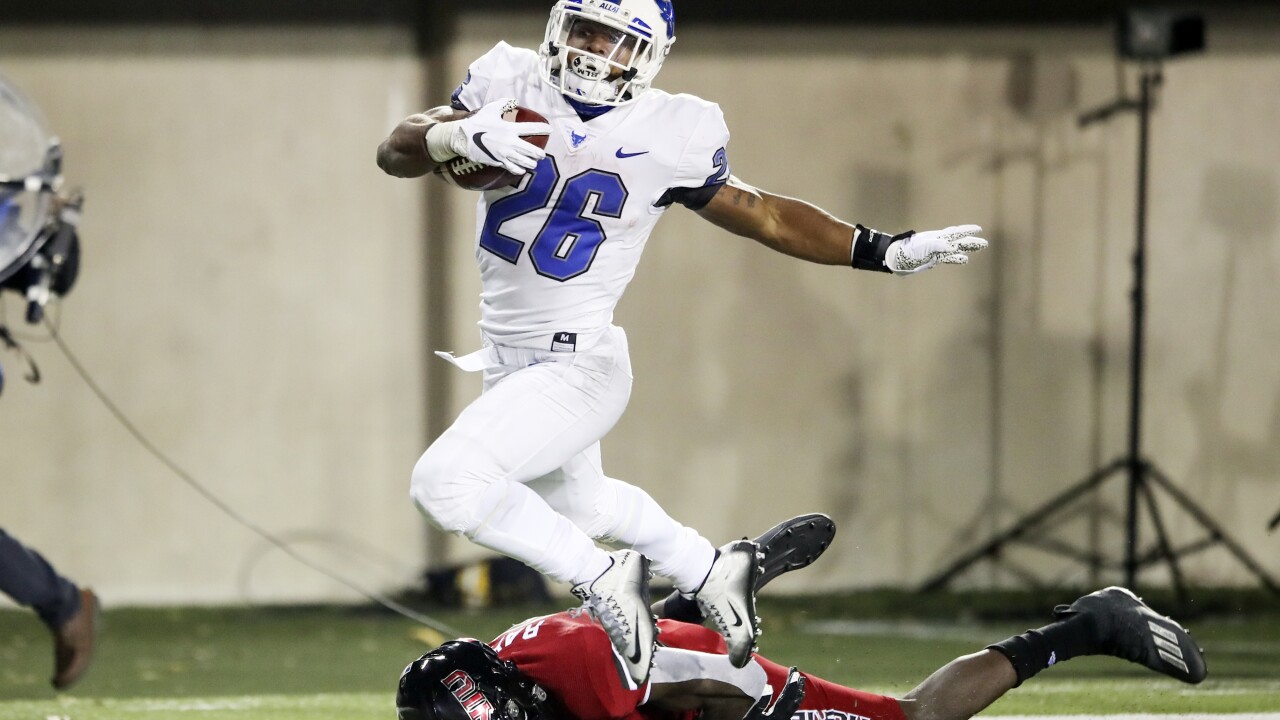 BUFFALO, NY (WKBW) — Following a record-breaking performance in UB's season opener, running back Jaret Patterson has been named the Mid-American Conference East Division co-offensive player of the week. This is the fourth time he's won the award.

Patterson broke the school's all-time record in touchdowns [35] in their win over Northern Illinois last Wednesday. He had 20 carries for 137 yards and two touchdowns in the win. He's just 51 yards shy of reaching 3,000 career rushing yards.

The Bulls will host Miami (OH) on Tuesday night. Kickoff is scheduled for 8 p.m.