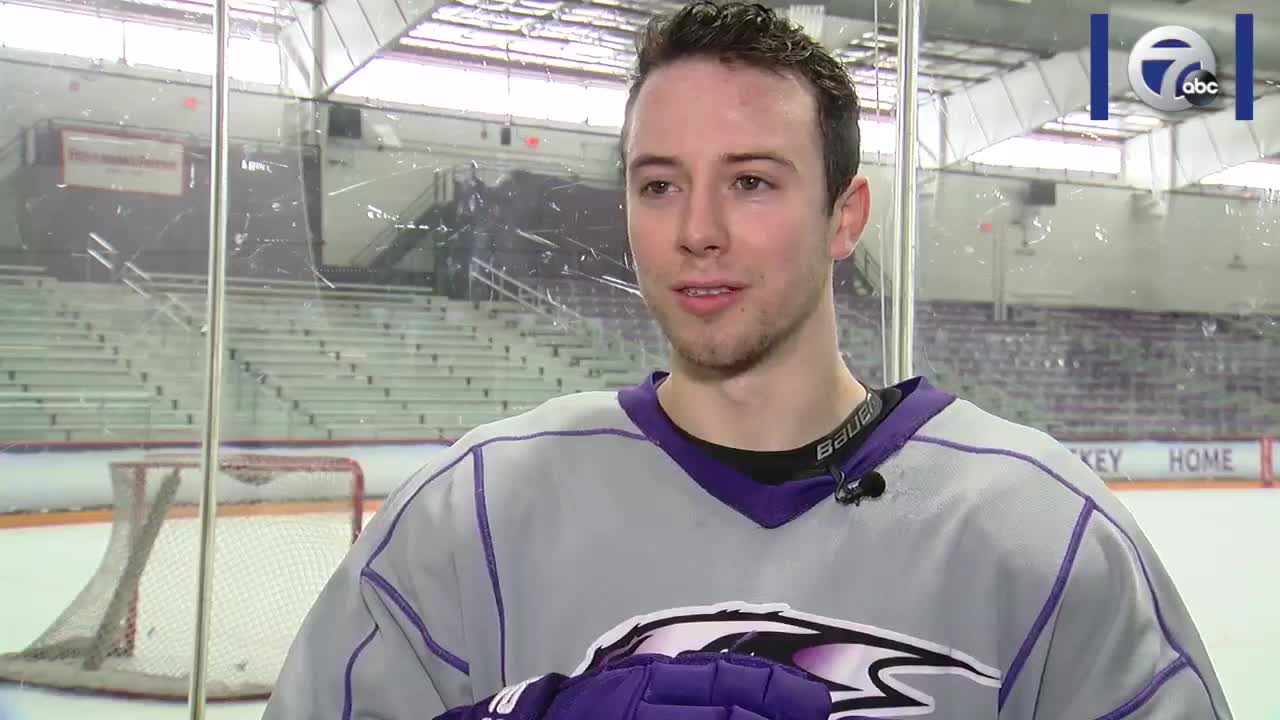 The senior defenseman broke 20-year old records in his final campaign for the Purple Eagles.

LEWISTON, N.Y. (WKBW) — It's something he tried not to think about. But he couldn't get away from it in the locker room. Noah Delmas picked up 85 points in three seasons. He was on pace to shatter the school's records.

"With teammates bringing it up, it's hard for it to not be on your mind. But playing hockey, you want to be in the moment every game," Delmas said. "So I try not to think about it."

Delmas led the Purple Eagles in assists in his first three years on campus. But his production slowed down in his final season-- a season in which he also was Niagara's captain.

"He's able to hang onto it and see and make that extra play," Niagara head coach Jason Lammers said. "Everybody knows he's a great player in the league so he gets defended way harder than he was last year."

As Delmas closed in on the record before picking up that fateful assist against RIT, Chris Mackenzie, whose records he was chasing, was worried about his place in the record books.

It was all in good fun between alumnus, coach, and player. But now, despite a season cut short by COVID-19, Delmas will always have his place in Purple Eagles history.