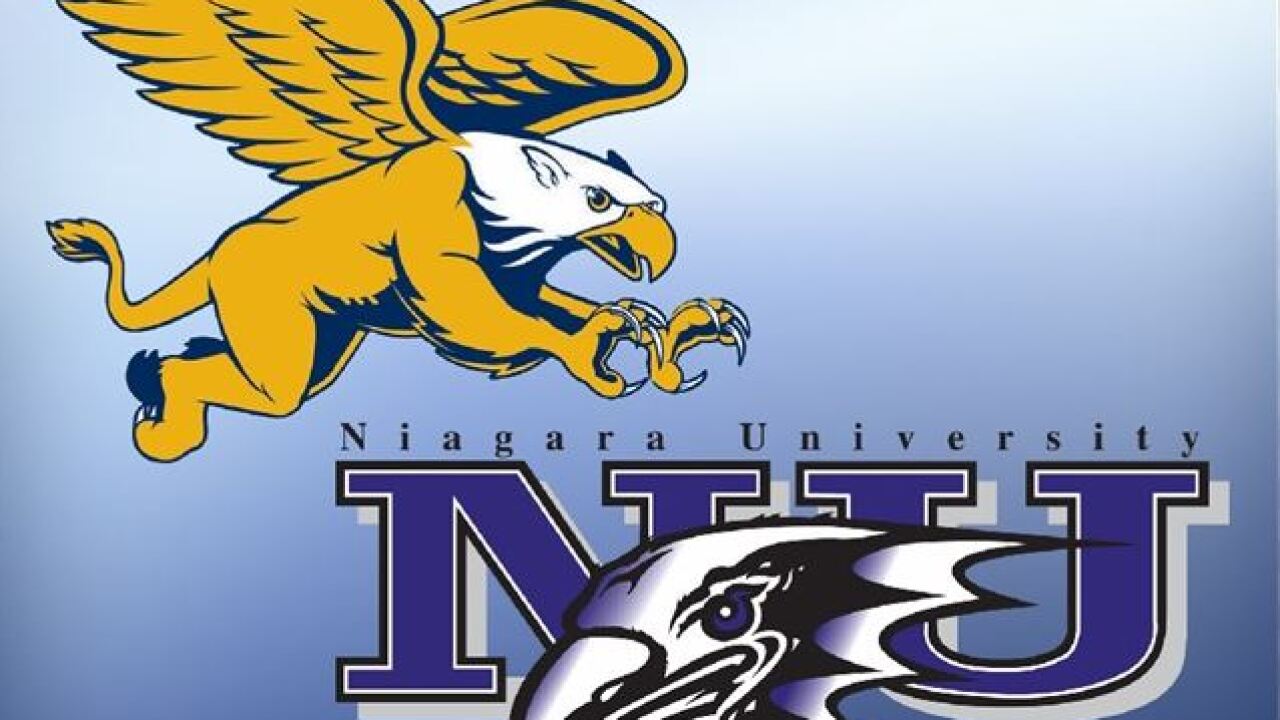 BUFFALO, N.Y. (WKBW) — The Niagara women's basketball team is still alive in the Metro Atlantic Tournament. The Purple Eagles won their first round game Tuesday afternoon to punch their ticket to the quarterfinals. Canisius, meanwhile, saw their season came to an end.

Niagara, the no. 8 seed, topped no. 9 Saint Peter's 63-54. The Purple Eagles began the game with an 8-0 run and held onto a 16-15 lead at the end of one quarter, yet trailed 29-24 at the half. A strong third quarter put the Purple Eagles back on top thanks to another 8-0 run and closed out the game with a 7-0 run en route to the 11-point victory. Dagny Davidsdottir led Niagara with a career-high 16 points and a team-high nine rebounds. Jai Moore added 11 points and six rebounds while Emerald Ekpiteta led the team with four steals.

Canisius, the no. 11 seed, fell to no. 6 seed Siena 58-48. The Golden Griffs jumped out to an early lead, leading Siena 18-8 after one quarter, and held a 32-22 advantage at the half. The Golden Griffs led by as much as 12 in the 3rd quarter before the Saints cut into that deficit, and eventually take a 44-41 lead with :16 left in the 3rd quarter. Despite the Griffs keeping it close, they were never able to regain that lead en route to the loss. A.J. Timbers led the Griffs with 16 points and 11 rebounds while D'Jhai Patterson-Ricks added 16 points and six assists. The Golden Griffs finish their season with a 5-25 record.

The quarterfinal round is set for Wednesday and Thursday. The Purple Eagles will face top-seed Rider on Wednesday at 1 p.m.