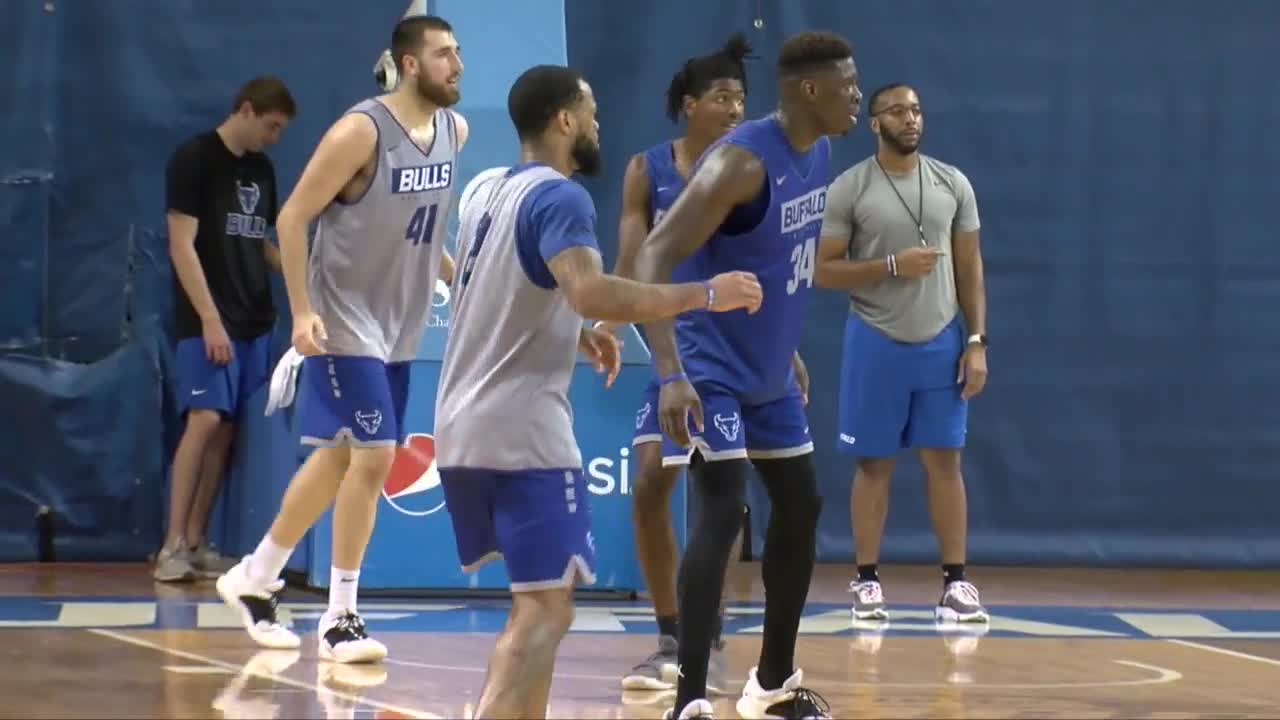 It's a new season for the UB men's basketball team and plenty of changes come with it. It all starts with a new (yet familiar) face leading the charge in Jim Whitesell. For the last four seasons, Whitesell served as an associate head coach under former head coach Nate Oats. Whitesell is familiar with the players on the team, helping recruit the majority of them. While Whitesell hopes to bring a similar style of play to the court, he knows this season is going to be a little different.

The Bulls return just two starters from last season in Jayvon Graves and Davonta Jordan. Whitesell will most likely turn to the two of them as they try to instill the same blue-collared mentality the team has adopted over the last few years. The Bulls, while young, return several players who saw some time off the bench including sophomores Ronaldo Segu and Jeenathan Williams.

Some exciting new faces include Gabe Grant who recently played for Houston, and Antwain Johnson, who recently played for Middle Tennessee State. Both sat out last season due to NCAA transfer rules. They also add transfer David Nickelberry, Whitesell's first commit, who played his freshman year at Memphis before playing for Trinity Valley Community College. He averaged 15 points a game while with the Cardinals.

The Bulls will look to repeat as Mid-American Conference Champions but it won't be an easy task. UB is a young squad that's still learning. They'll certainly miss the veteran leadership the five former seniors provided last season and they'll probably make some mistakes early on. The good news, it shouldn't take them too long to adjust and it wouldn't be surprising to see this team pull off a few "upsets" along the way.