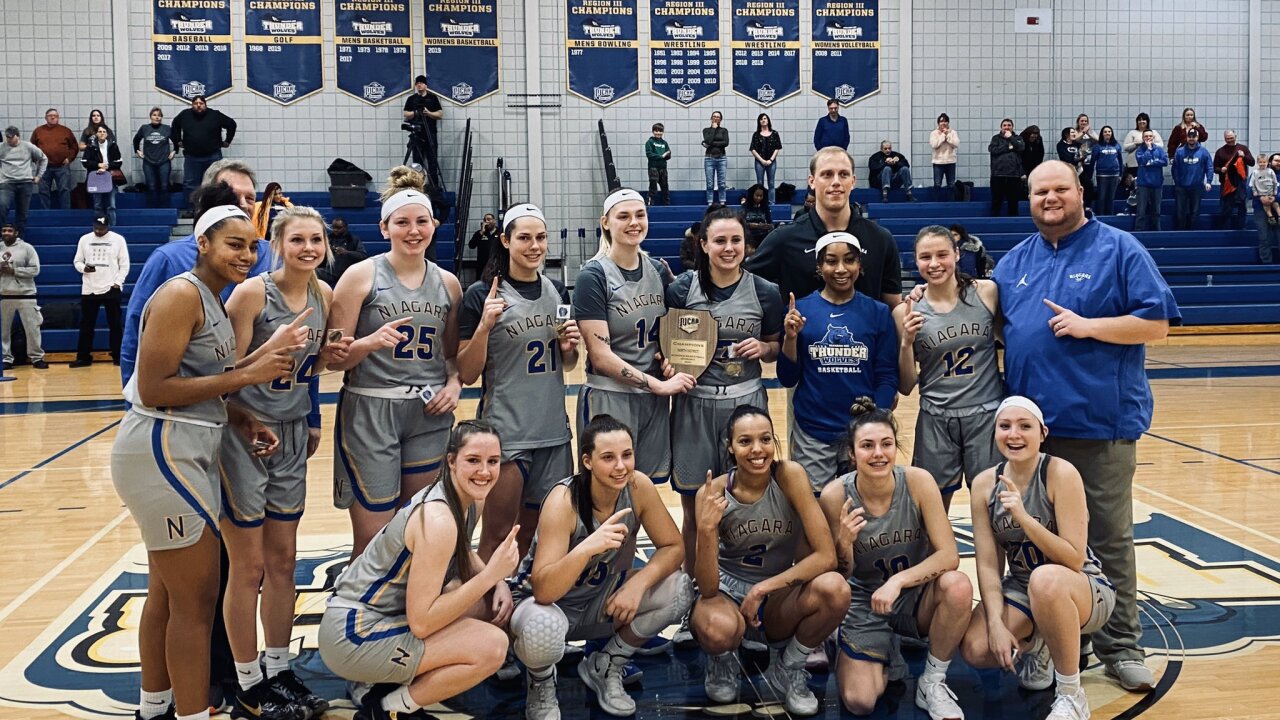 BUFFALO, N.Y. (WKBW) — For the second straight season, the Niagara County Community College women's basketball team will compete in the NJCAA Division II Tournament. The Thunderwolves earned the no. 6 seed and will play no. 11 Mid Michigan in the first round.

NCCC has a 30-1 record and are coming off their second straight regional championship. They haven't lost a game since their only loss on the season coming back on January 18th to Monroe College. The Thunderwolves have mostly overwhelmed their opponents, winning their games by an average of 41 points.