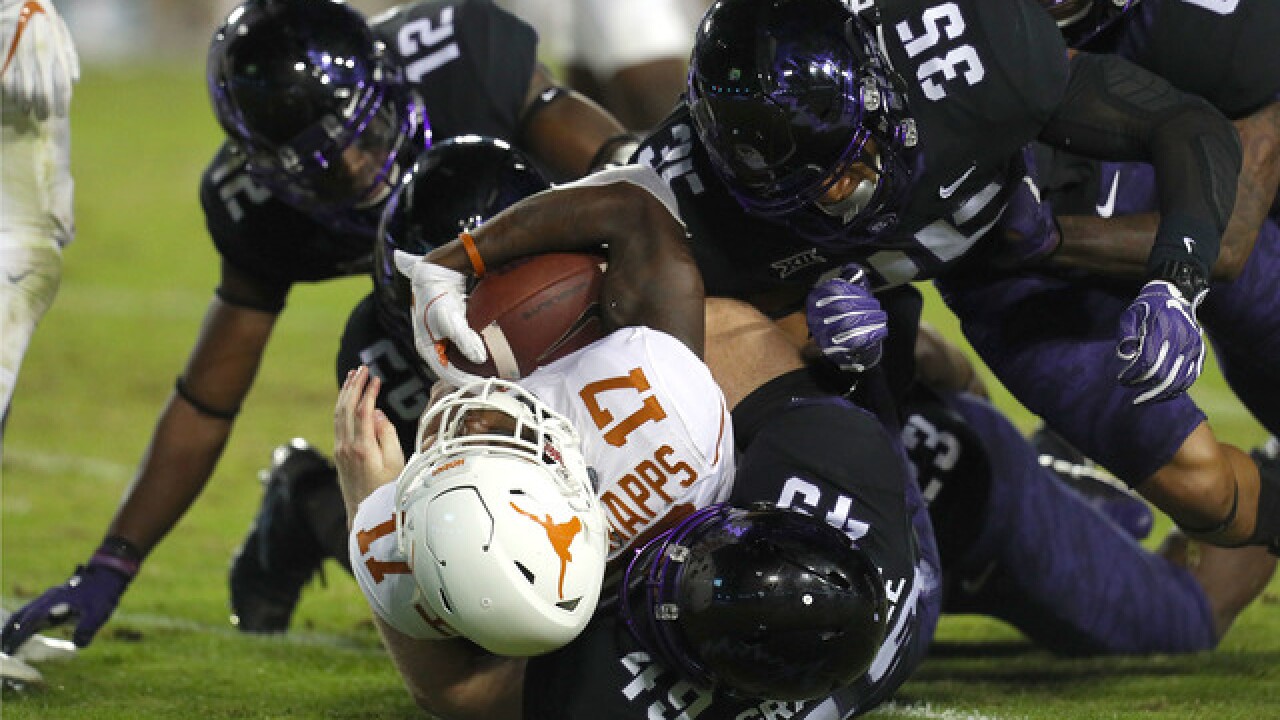 Copyright 2018 Scripps Media, Inc. All rights reserved. This material may not be published, broadcast, rewritten, or redistributed.
Richard Rodriguez
<p>FORT WORTH, TX - NOVEMBER 04: Reggie Hemphill-Mapps (17) of the Texas Longhorns is tackled on the punt return by Lucas Gravelle (49) of the TCU Horned Frogs and Sammy Douglas (35) of the TCU Horned Frogs at Amon G. Carter Stadium on November 4, 2017 in Fort Worth, Texas. (Photo by Richard W. Rodriguez/Getty Images)</p>

Niagara Wheatfield alum Lucas Gravelle is getting a shot in the NFL, signing an undrafted free agent deal with the Miami Dolphins.

Gravelle originally played for Erie Community College in the Fall of 2013 out of high school and transferred to Washington State where he played there for two years. He played his final year of college football with TCU of the Big 12 conference.

As a senior for the Horned Frogs, he played in all 14 games and served as the long snapper for field goals, PATs, and punts. He was tied for fourth on the team with three special teams tackles.