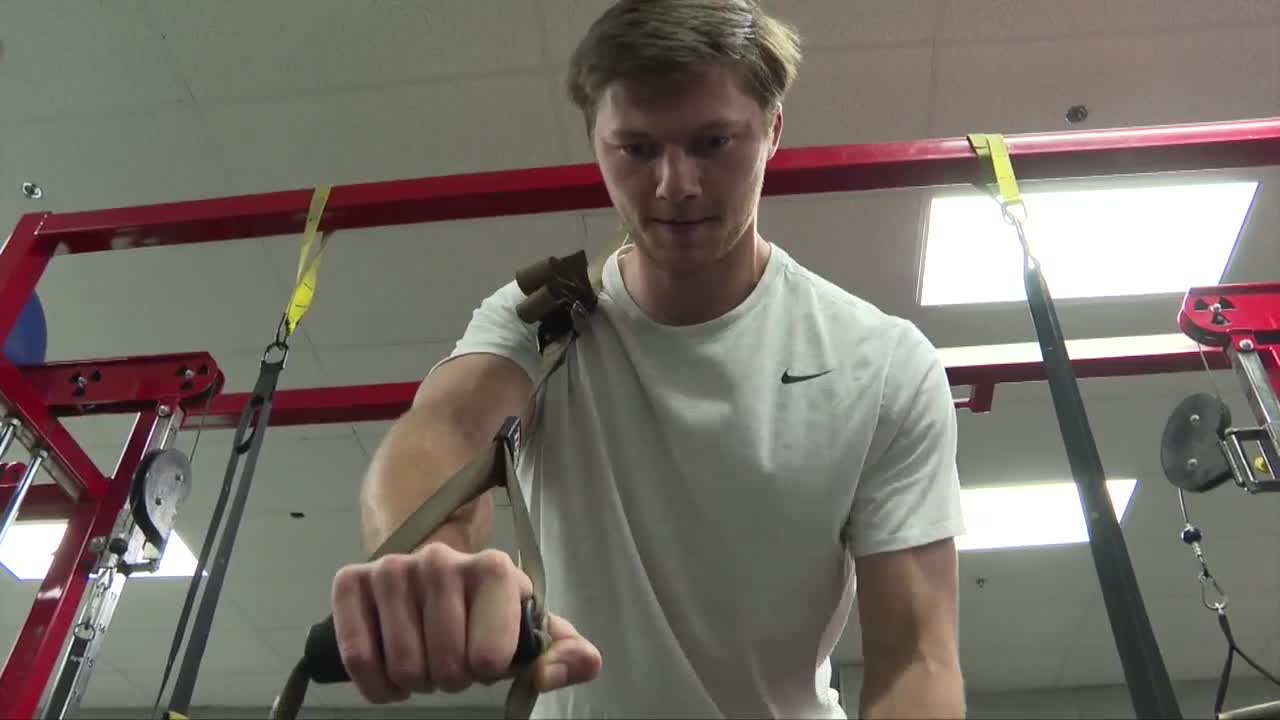 BUFFALO, N.Y. (WKBW) — It's been years of lifting, working on footwork, and mentally preparing. For Jacob Dolegala, it's all been worth it.

A long road that has led to this moment -- the upcoming 2019 NFL Draft. The St. Francis alum has always dreamt of playing at the highest level.

"My grandfather used to play for the Bills back in the 60's so it's always been in my blood," said Dolegala.

But sometimes, journeys have roadblocks and for Dolegala, that moment happened in high school.

"Senior year was my year," he said. "But I ended up getting hurt."

While making a tackle, Dolegala tore the labrum in his throwing shoulder and needed surgery. The rest of his senior year was taken from him and that wasn't all.

"Going from potential scholarships at Division-I to Division-III schools not even batting an eye over me, it was devastating," he said.

It took four months of rehab for Dolegala to throw a football just ten yards but eventually, he got his arm moving again. The journey led him to a prep school and after that season, Central Connecticut State, a school that had initially shown interest, was there waiting for him with a scholarship.

"Being there and playing those games and actually doing it after what I had gone through, it was pretty special."

Dolegala spent four years with the Blue Devils, passing for more than 8,000 yards and nearly 50 touchdowns. In his meetings over the last few weeks, he's been told he's got the arm strength, the size and the mentality. He just has to overcome that hurdle of going to a smaller FCS school.

"Basically I'm the unknown and they won't know until they get me into a camp and I can show them what I can do," he said. "I'm just taking it in stride and we'll see where it takes me."