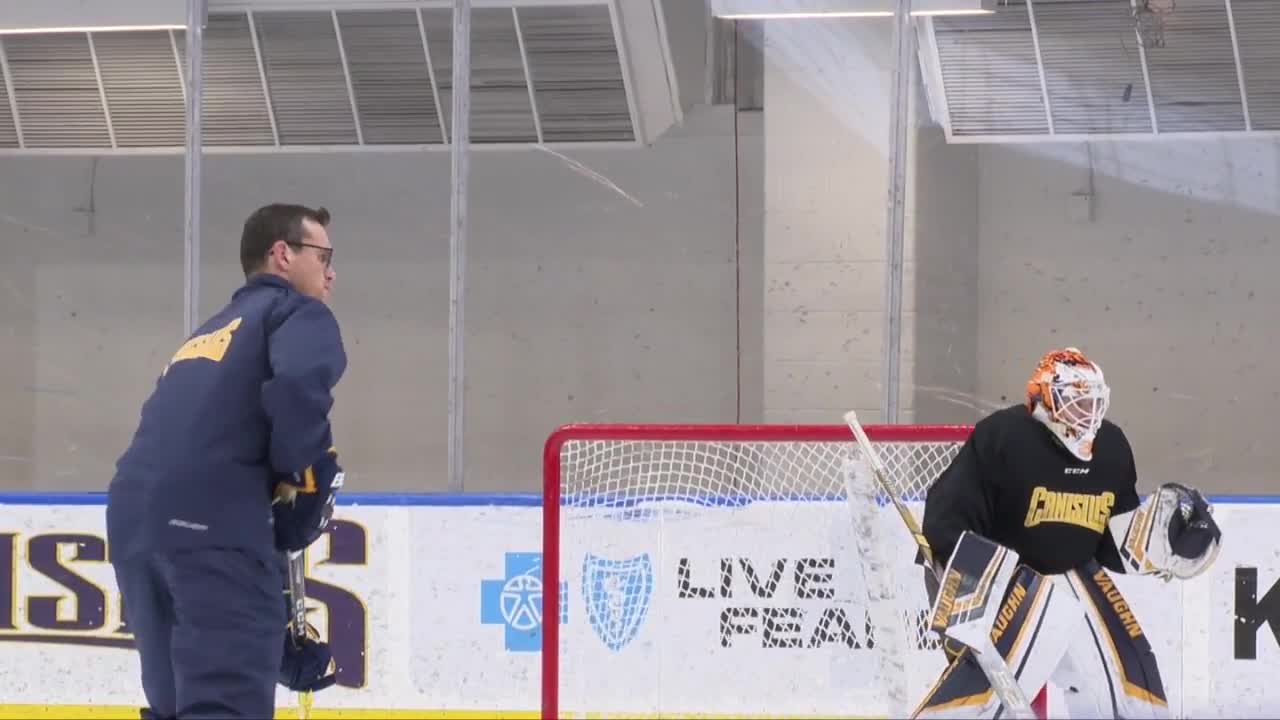 He was drafted by the Buffalo Sabres in 2002 and split his time between the Sabres, the Boston Bruins, and the New York Rangers.

He retired in 2018, but couldn't stay away from the game.

"It brings me back a little bit to the old days with that team mentality and the conversations," Paille said. "It's definitely something you miss when you don't play."

Which is why Paille can be seen at LECOM HarborCenter on any given week, wearing the Canisius College colors as a volunteer assistant coach.

It was Paille who wanted to get involved and it all started with an email to Canisius head coach Trevor Large.

"Anytime you can get a Stanley Cup champion around your program, we're crazy not to do that," Large said.

So they brought Paille on board and it didn't take long for the players to realize how valuable their new coach was.

"I grew up playing in the arena he's from in Welland," freshman Ryan Miotto said. "I've always seen his jersey hung up in the arena and just to have him around and being with the guys, it's awesome."

Paille spends anywhere from two to four times a week helping out the team. He takes time to talk to the players and gives them advice they wouldn't get otherwise.

"It's great to have these moments where he can stay after practice and work on small little details of the game of hockey," Large said. "He can talk about what it takes to be at the NHL level and be the best at the highest level."

For Paille, it's back to what he does best; lacing up his skates, shooting that puck, and making those around him better.

How long will he coach? He's taking it one week at a time, but this new opportunity is one he's cherishing day by day.

"I've learned a lot throughout my career that I wanted to teach and educate these guys and help them out," Paille said. "I hope they're all happy with the product I'm trying to bring here."