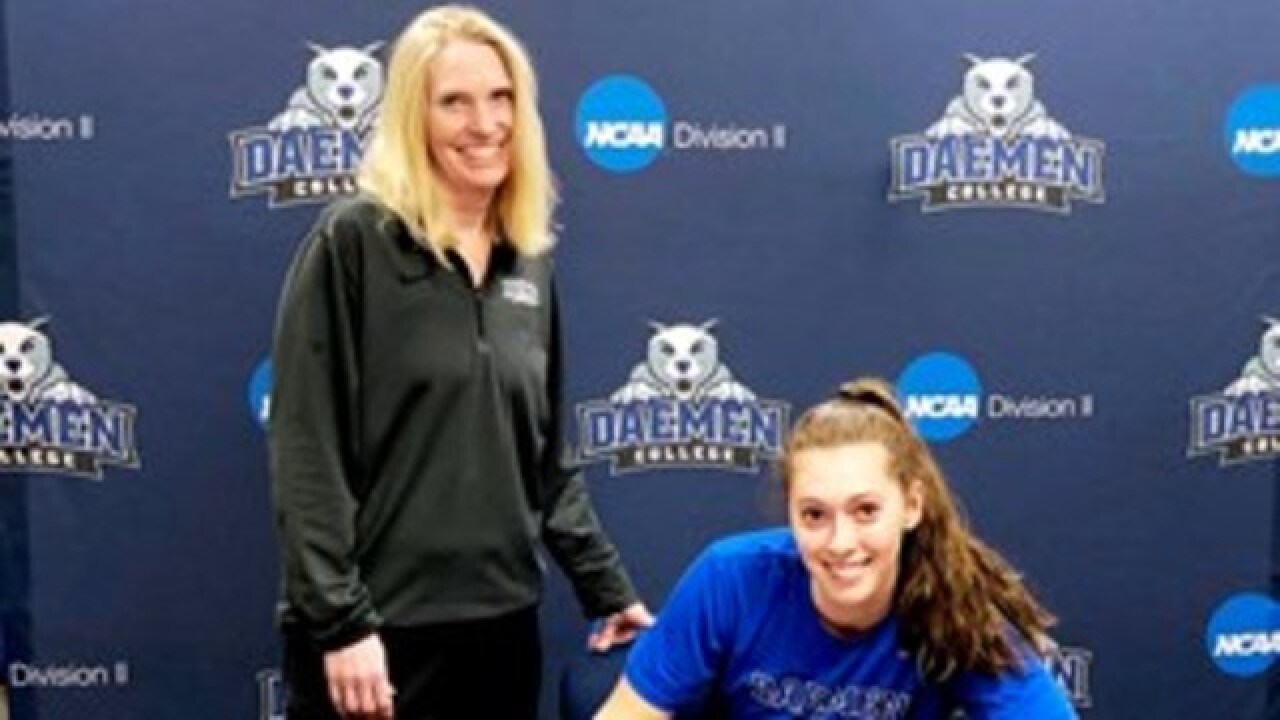 The Lancaster native and senior standout signed her first professional contract, agreeing to join BBC Grengewald Hueschtert, a club based out of Luxembourg. Saba will join the club for the 2018-201 season.

"I am very excited to be signing my first professional contract," said Saba in a press release sent to 7 Eyewitness Sports. "I am so grateful for this opportunity, and for the support of family, friends and the Daemen community that has helped me get to this point."

Saba played the last four seasons with the Wildcats and totaled 1,774 points, 770 rebounds, 234 assists, 157 blocks and 157 steals. She ranks fifth in career points, seventh in career scoring average, seventh in career rebounds and sixth in career blocks. She reached double figure scoring in 96 of her 110 games played.

"In my first discussions with Sarah after coming to Daemen, it was clear that she had set a goal to play professionally overseas after her college career," said Daemen head coach Jenepher Banker. "What I saw after that was someone who was deeply committed to achieving that goal, and with her signing today that's exactly what she's done. I am so happy to see Sarah have the opportunity to continue her career at the professional level."

Saba becomes the third player in program history to sign a professional contract.