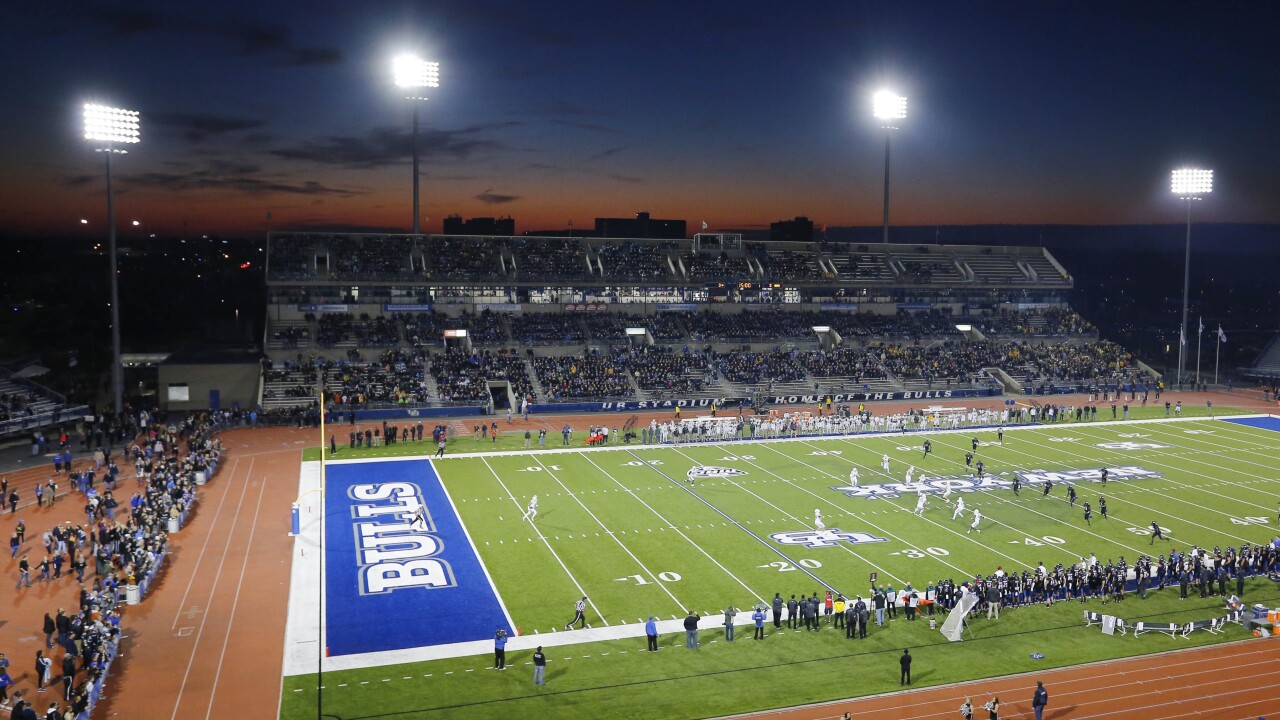 Bill Wippert/AP
The sun sets behind UB Stadium for the kickoff of an NCAA college football game between Buffalo and Baylor on Friday, Sept. 12, 2014, in Amherst, N.Y. (AP Photo/Bill Wippert)

BUFFALO, NY (WKBW) — If the University at Buffalo has a sports season this Fall, they'll be playing without any fans in the stands.

During a conference call Tuesday, New York Governor Andrew Cuomo said while collegiate games can go on and be televised, fans won't be allowed in the stadiums. This will impact several NYS schools including UB and Syracuse.

UB has several fall sports that play with fans including football, women's soccer, and women's volleyball. According to the Mid-American Conference, competitions for Fall Olympic sports can begin September 3rd while the football team has their first game scheduled for September 5th.

While the Mid-American Conference plans to still have games this season, other leagues and conferences across the nation have chosen to postpone or cancel their seasons. Buffalo State is one of those schools impacted after the SUNYAC announced their decision Monday evening.