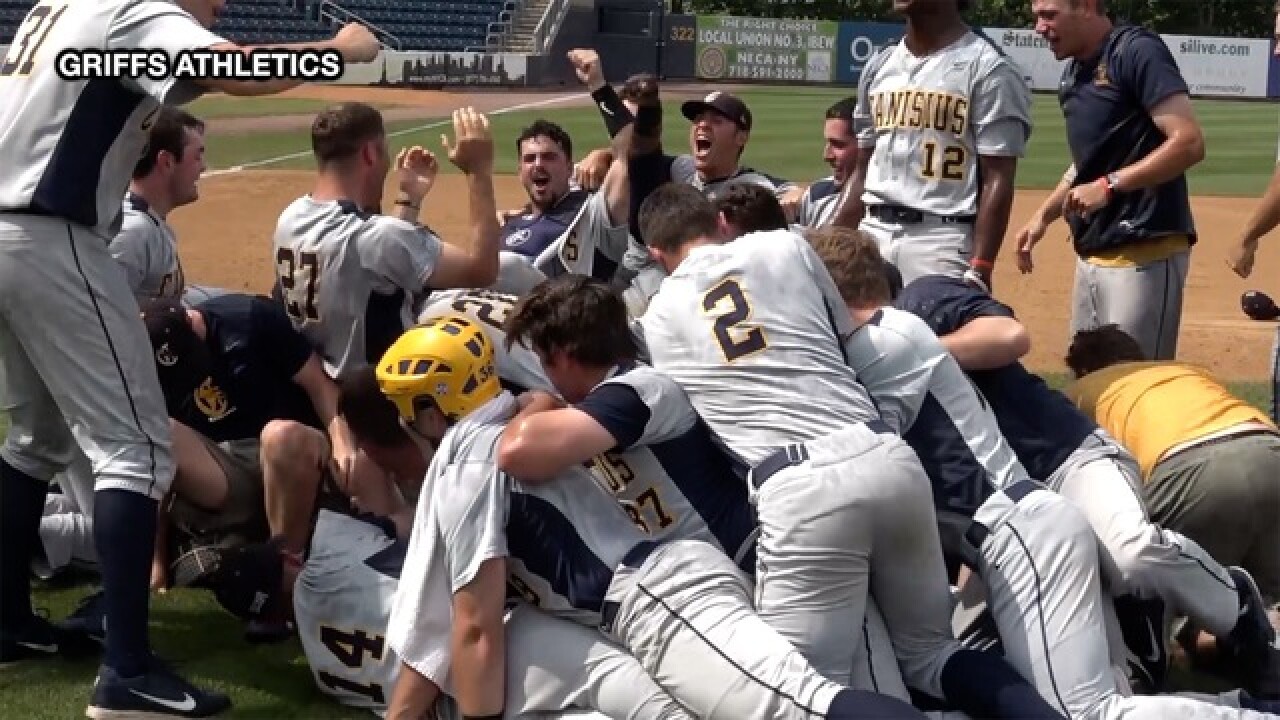 Pop that champagne because the Canisius baseball team is headed to the NCAA D-I Tournament.

The Griffs jumped out early in the top of the first and never looked back. The Griffins held Monmouth to just four hits all game in the MAAC's first ever shutout in the Conference Championship game.

J.P. Stevenson was named the tournament's MVP. McKenna, Stekl, Tyler Smith and John Conti were named to the All-Tournament team.

This is Canisius' third MAAC Championship and first since 2015.

Canisius will learn all of the details of their postseason trip on Monday, May 28th when the selection show takes place at 12 p.m.