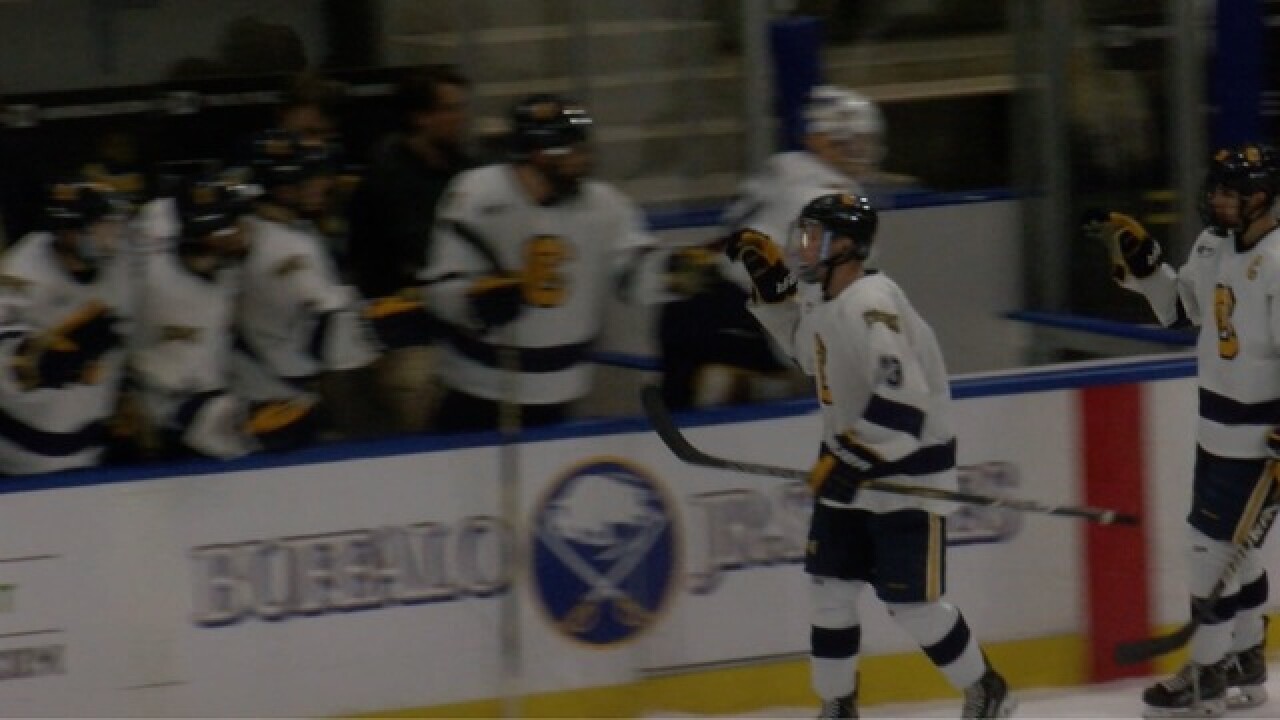 Canisius forward Dylan McLaughlin, a Lancaster native, has been invited to attend the New York Rangers development camp. The camp is scheduled to run from June 25th through the 29th at the Madison Square Garden Training Center.

He will be one of 40 draft picks, prospects, and others who will get the experience of an NHL training camp where they will participate in practices, scrimmages and fitness training. These camps do not affect student-athlete NCAA eligibility. McLaughlin is entering his senior season with the Golden Griffins.

McLaughlin is coming off a junior campaign where he was named the Atlantic Hockey Player of the Year and was also a Hobey Baker Top 10 Finalist. Last season he led the team in goals, assists and points. He enters his senior season as one of the top 10 active players in college hockey in career assists, points and goals.