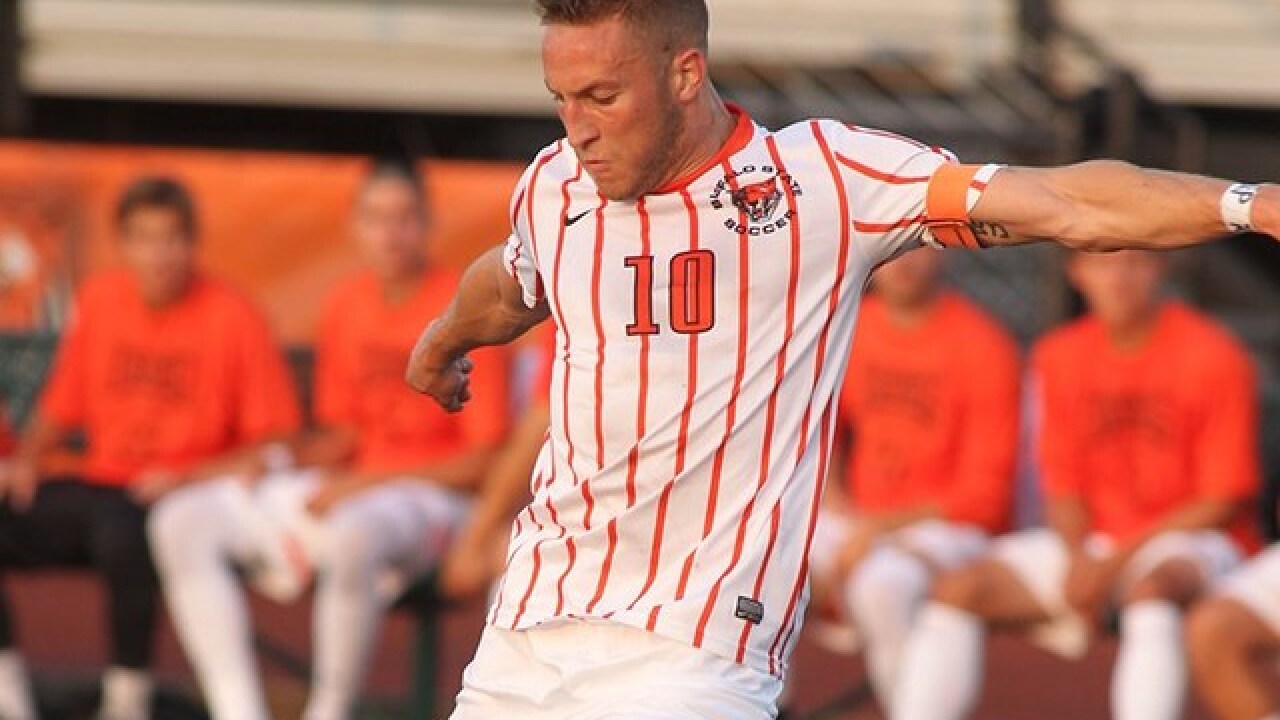 After playing for two years with the Buffalo State soccer team, Luke Pavone is headed overseas.

The former Bengal will be continuing his soccer career in Israel in Liga Leumit, the second division league in the country. He'll play for Hapeol Petah Tkva FC.

Pavone transferred to Buffalo State after playing at UMass. During his time with the Bengals, he scored 19 goals and had nine assists.

Pavone will leave for Israel this weekend.