Bonnies take down UCLA 65-58 to advance in NCAA Tournament 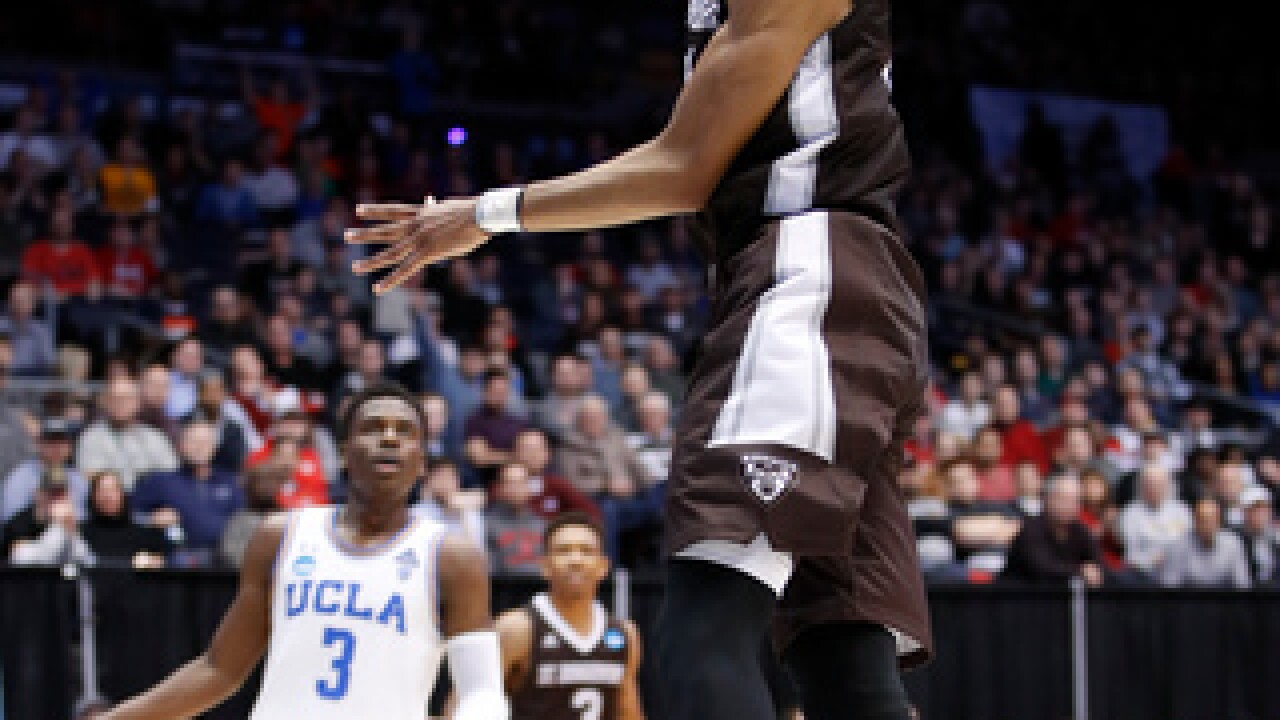 Copyright 2018 Scripps Media, Inc. All rights reserved. This material may not be published, broadcast, rewritten, or redistributed.
Joe Robbins
<p>DAYTON, OH - MARCH 13: Courtney Stockard #11 of the St. Bonaventure Bonnies lays the ball in against the UCLA Bruins during the second half of the First Four game in the 2018 NCAA Men's Basketball Tournament at UD Arena on March 13, 2018 in Dayton, Ohio. (Photo by Joe Robbins/Getty Images)</p>

In his first game back from a hamstring injury, Stockard carried the St. Bonaventure men's basketball team from start to finish, scoring 26 points in the team's 65-58 win over UCLA in the NCAA First Four. The game was played in Dayton, Ohio.

With the win, the Bonnies secure the 11th seed in the East Region and advance to the NCAA Tournament round of 64.

The Bonnies got off to a slow start, trailing 14-5 early but used a 12-3 run to tie the game at 17 with 11:21 left in the first half. They took their first lead of the game with less than five minutes to go after Courtney Stockard hit the second of two free throws to make it a 23-22 game.

After shooting just 32.4% from the floor in the 1st half, the Bonnies used a strong defensive effort to keep things in their reach. They forced 11 Bruins turnovers and over the final ten and a half minutes, held the Bruins to just one field goal to take a 28-23 lead at the break.

The Bruins cut their halftime deficit pretty quickly, outscoring the Bonnies 9-4 to open up the second half and tie it at 32 with 16:40 left in the game. Over the next six minutes, it was a back-and-forth affair where each team seemed to have a response.

Jaylen Adams who was fairly quiet all night had a huge last 45 seconds of play. Adams hit a shot with 44.7 seconds left to put the Bonnies up 60-58 and give them the lead for good.

Next up for the Bonnies is 6th seed Florida in the NCAA Tournament round of 64 this Thursday, March 15th in Dallas, TX. Tip-off is set for 9:57 p.m. ET.