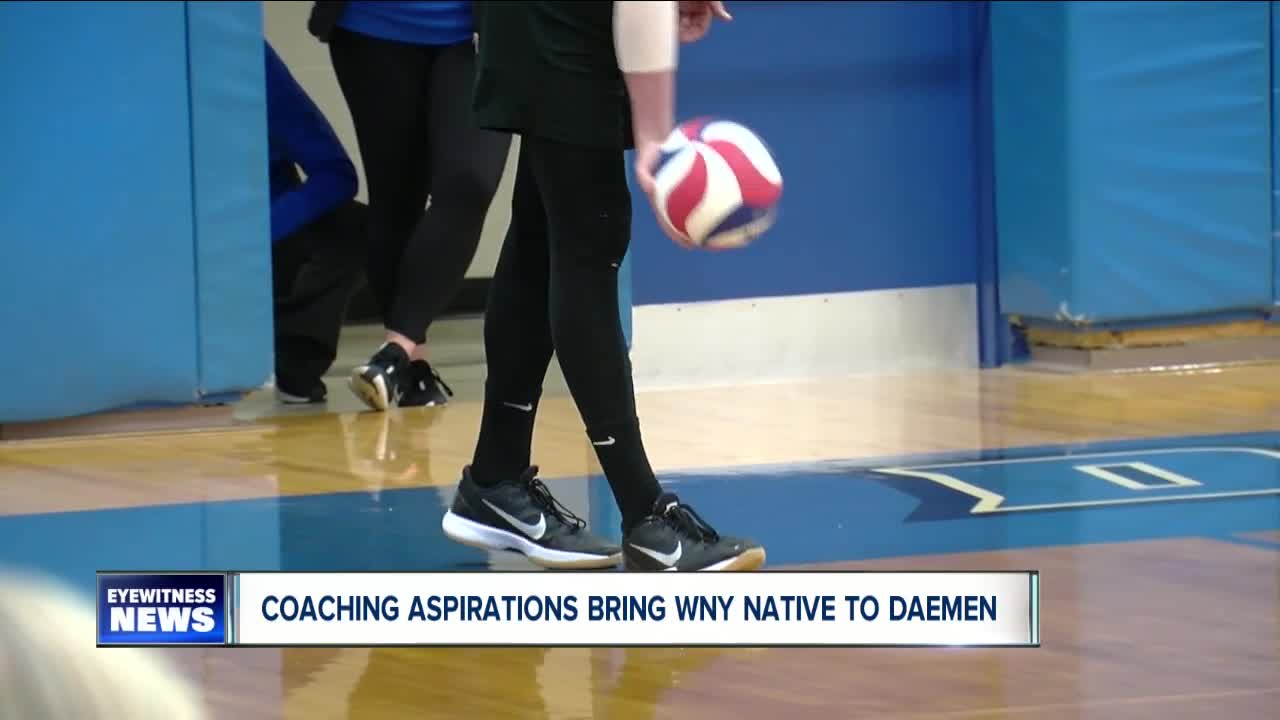 Adam Unger details a former all-state volleyball player's journey back to Western New York and where hopes it will lead him.

AMHERST, N.Y. (WKBW) — When Zach Yerington decided to go into coaching, he reached out to an old family friend.

"Whether it was who he should be reaching out to, how to interview," Daemen head coach Don Gleason said. "We had an opportunity here. Since I've known him since he was 15, I knew he would be a good fit for our program."

Yerington played on a very inexperienced club team at Ohio State and took on a teaching role in addition to what he was doing on the court.

"I kind of fell in love with seeing their development and seeing them grow as young adults," Yerington said.

So Yerington came to Daemen for his final year of eligibility. He plans to become a graduate assistant after this season.

"It was actually pretty exciting to see that I could come back here, extend my playing career a little longer, and also start up my coaching career," Yerington said.