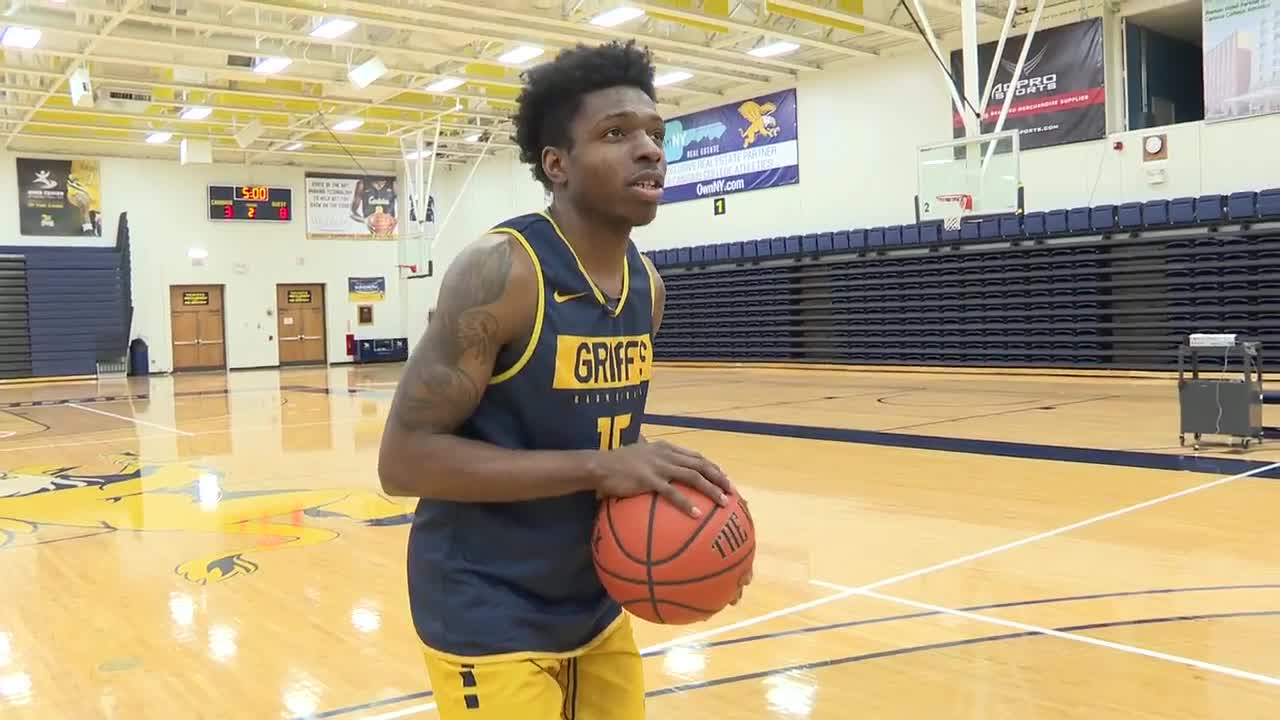 "I take my two dribbles and say the defender's on me, I go behind the back. Say if he's playing me too close, jab step, he gets off me and I take my shot."

Majesty Brandon is a junior on the Canisius men's basketball team and he just described his moves before a free throw.

"I'm a rhythm shooter," Brandon said. "So I like getting in a rhythm."

Brandon went viral this weekend when ESPN and SportsCenter posted a video on Twitter of his free throw routine. Since then, the video has well more than one million views and counting.

"People are calling me like 'oh I've always wanted to do this, I'm gonna do it now'," Brandon said. "I feel like I opened up doors for people to feel comfortable."

The comments were mostly positive but there's always others.

"That's the reason why they're 7-10," laughed Brandon regarding one of the comments.

Brandon can't help but laugh when it comes to the naysayers.

Even his teammates were skeptical at first.

"He goes through his routine and I'm kind of in shock," said senior Malik Johnson. "I was just looking, I paused not saying anything for a couple seconds, and I'm like, you really shoot your free throws like that?"

But while some think his routine's a little out there, his teammates will agree it's working out -- nearly 77% of the time.

As long as those numbers keep rising, his team could care less how he shoots.

"If you make them, then hey, I'm all for it," laughed Johnson.

With six home games left, fans still have time to see the Golden Griffs in action and if Brandon happens to be fouled, they'll be treated to a good free throw shooter and a little bit of a show.