A new opportunity and second chance for Daemen's Erin Egan 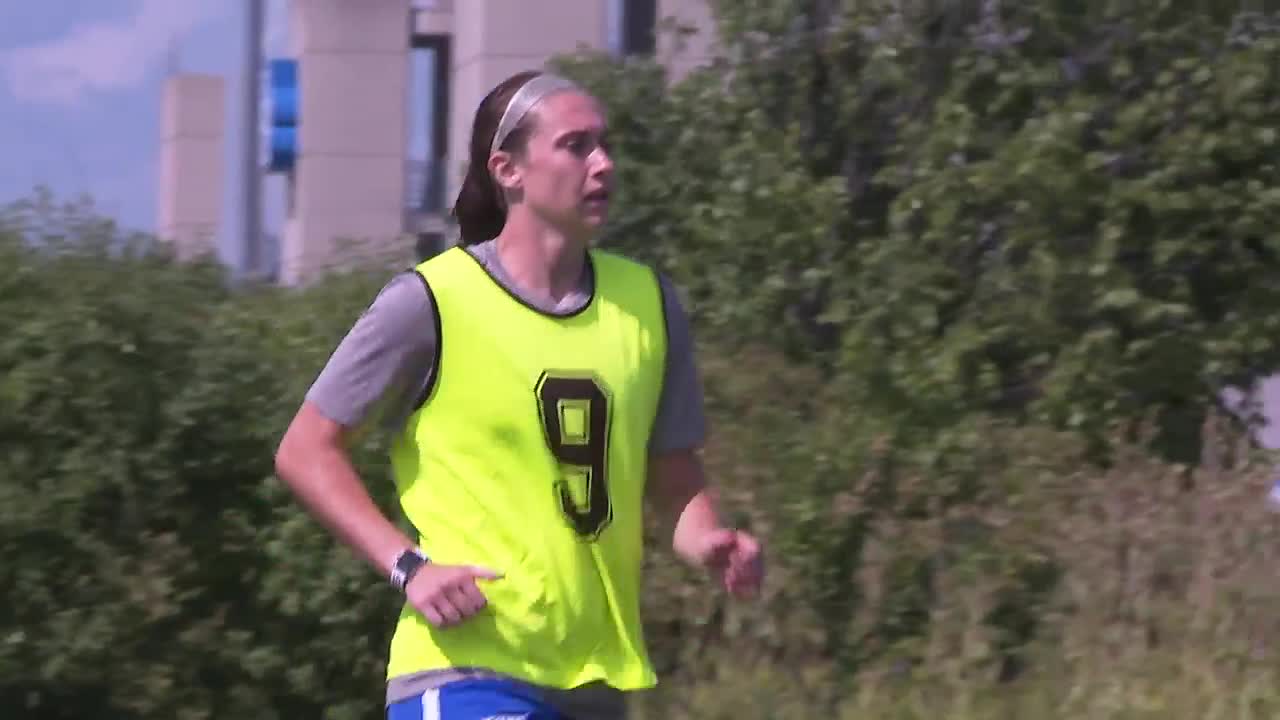 A new opportunity and second chance for Daemen's Erin Egan

AMHERST, N.Y. (WKBW) — Erin Egan has always been a basketball player. She won a state championship at Williamsville South before attending and having even more success with Daemen College. But these days, Egan is taking on a new challenge and a kind of new sport.

"I haven't really played soccer in four years so the first couple practices were a little weird for me," Egan said.

Her journey to the soccer field started in the Spring when Egan's four-year Daemen hoops career came to an end.

"The first couple weeks were just so weird not being a part of a team anymore," she said.

So Egan volunteered to be a spare player for the school's women's soccer team. Her talent didn't go unnoticed.

Egan was offered a roster spot and is now a redshirt senior forward for the Wildcats. She becomes the third former basketball player to help out the Wildcats during Dolan's 11-year tenure.

"Every time we get someone like Erin, their work ethic is top notch," Dolan said. "It's always nice to see players try and come out and play if they can and Erin's right there. Out of the three that we've brought in over the years, I think Erin might be the best."

Egan says there's been a lot of adjusting and getting her body in a different kind of rhythm.

"Soccer is like a burst of speed and then you can kind of tone it down a little bit while you fix your positioning on the field where basketball it's stop and go consistently," she said, comparing the two sports.

But when you watch her on the pitch, that soccer hiatus doesn't show. With one last chance to play a competitive season, Egan plans to take full advantage of her second opportunity.

Of what she hopes to take in this season, she said, "All the team bonding, all the soccer moments, and just go as far as we can and try and keep building on the success the program's had."

The Daemen women's soccer team is off to a 4-0 start for the first time in program history.