A captain and leader who's overcome adversity 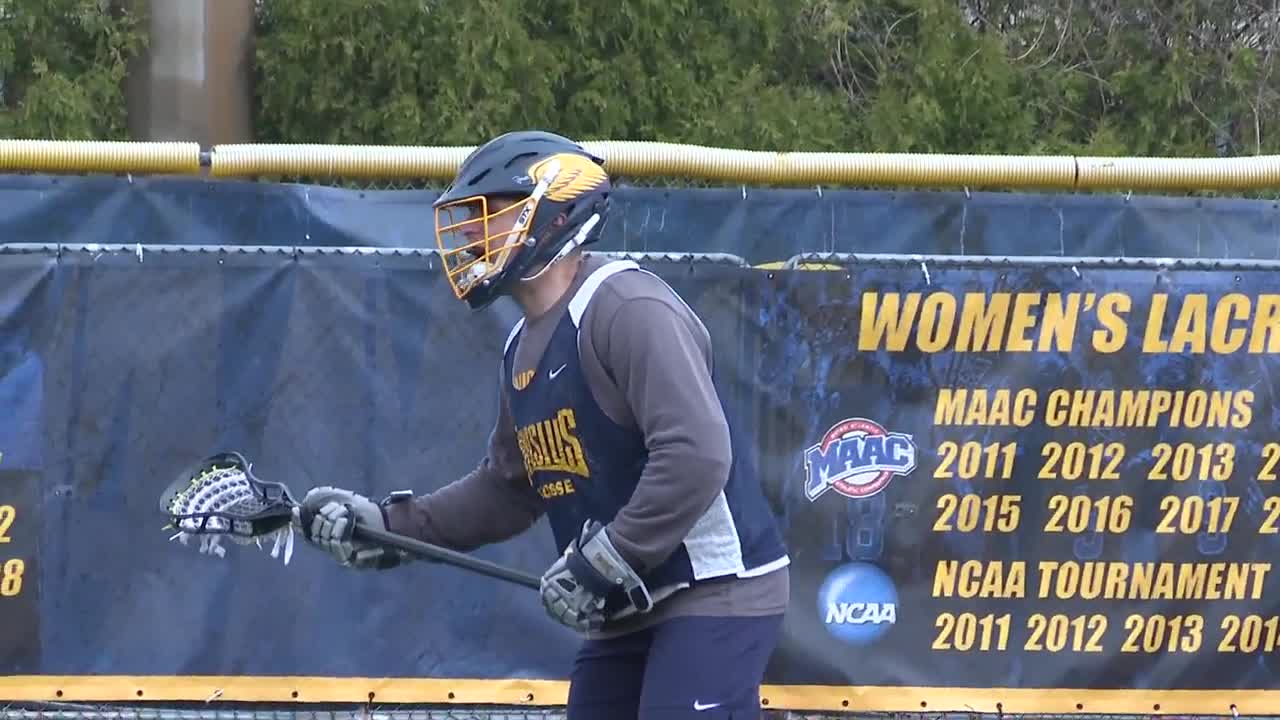 He's a senior on the Canisius lacrosse team who has a standout work ethic, thanks in part to his involvement with the school's Army Reserve Officer Training Corps.

"There's a lot of different lessons that you learn throughout ROTC that you can easily apply on the field and vice versa," Sanzone said.

Like lacrosse, Sanzone has loved being a part of ROTC and when preparing for a ruck march this past summer, it was another routine endurance test.

At least that's what he thought.

"I think I pushed myself a little too hard," he said.

At around mile 10, Sanzone collapsed due to a combination of dehydration and heat stroke. He was hospitalized and wound up having a complication called rhabdomyolysis. it's when your muscles break down and release toxins into his blood.

"My kidneys and my liver couldn't really process that because they had such a big influx of toxins and those started to shut down," he said. "I had to get some dialysis and some other stuff."

For the next month, Sanzone went through daily battles.

"One day my temperature was at 106 degrees so I had to be in an ice bath for like seven hours in a day," he explained. Some of my vision and speech started to get blurred because my liver couldn't handle all those toxins so just different stuff everyday."

Through it all though, Sanzone was determined to get back to his normal self and eventually get back on the field.

"I didn't think I'd be playing until the spring if I was lucky," he added.

But Sanzone was back in time for fall ball and a few months later, he was named captain of the team. He's helped lead the Griffs to another Metro Atlantic Athletic Tournament season.

"I mean these guys are the whole reason I'm back really," Sanzone said about his teammates. "Without them, I don't know where I'd be. I'm so grateful we have an opportunity to play this weekend and play for another MAAC Tournament."

Sanzone's perseverance and "never quit attitude" is a big reason as to why he's on the field right now and serves as an example of what it takes when facing adversity.

"Hopefully our guys can understand that most of the things they deal with on a regular basis pale in comparison to what he went through," said Canisius head coach Mark Miyashita. "They can use that as some good motivation."