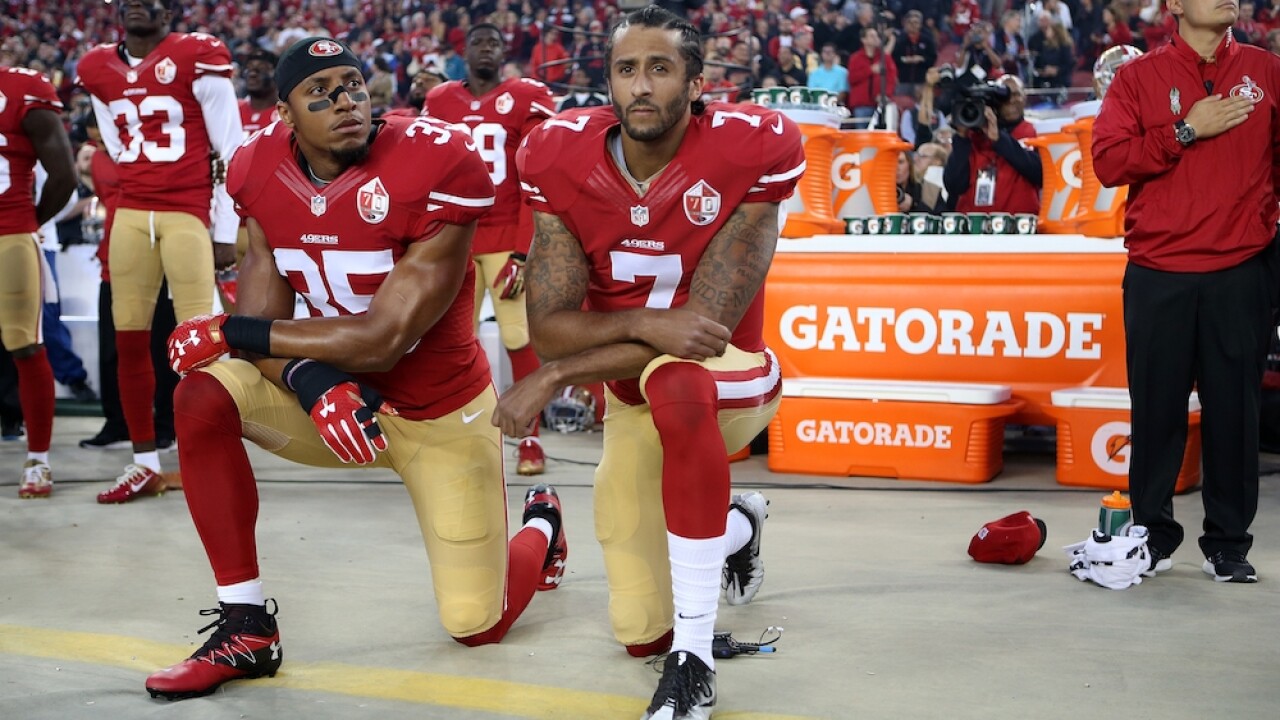 Despite not having played in an NFL game in nearly four years, Colin Kaepernick’s jersey is still a huge sell.

On Thursday, Nike released a No. 7 Kaepernick jersey to honor four years since the then San Francisco 49ers quarterback took a knee during the national anthem in a protest against police brutality. Within minutes, the jersey sold out.

Nike has not said how many jerseys were sold as part of Thursday's sale.

By Thursday night, Kaepernick’s jersey had offers on eBay for $350.

“Since then, the number 7 jersey has become a symbol for advancing the liberation and well-being of Black & Brown communities. Thank you for staying True.”