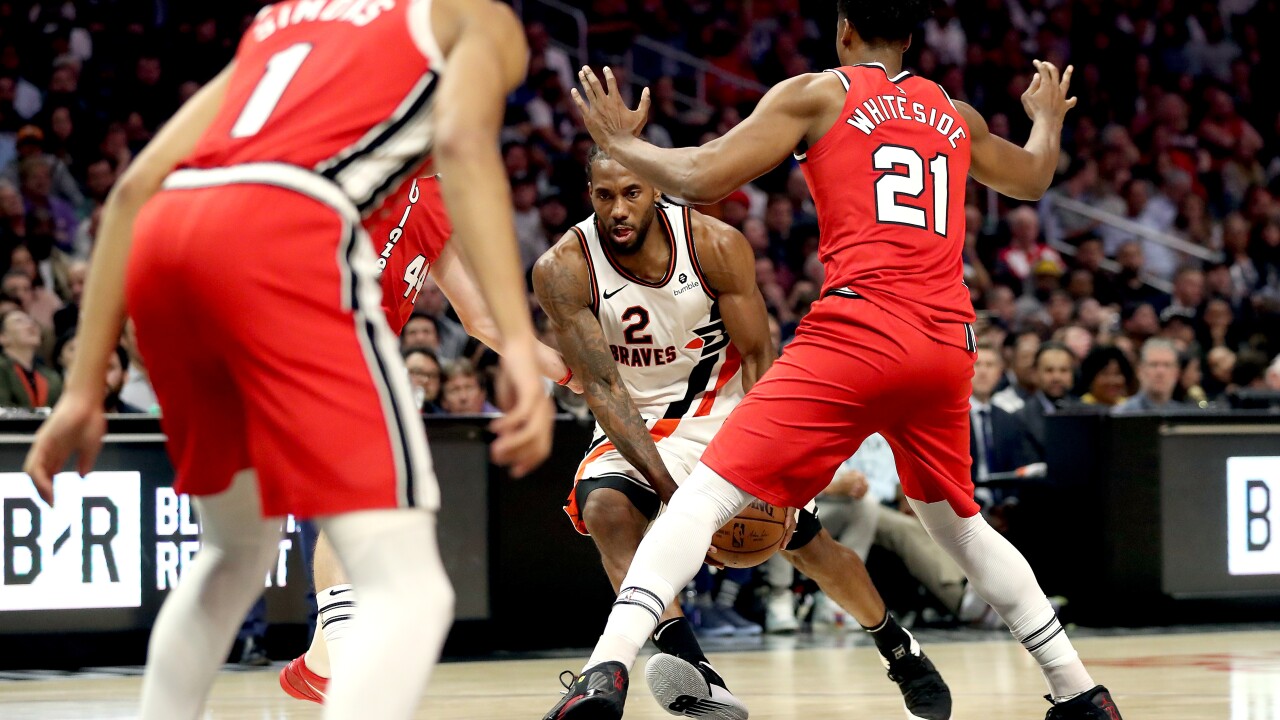 Sean M. Haffey/Getty Images
LOS ANGELES, CALIFORNIA - NOVEMBER 07: Kawhi Leonard #2 of the Los Angeles Clippers splits the defense of Hassan Whiteside #21 and Anfernee Simons #1 of the Portland Trail Blazers during the second half of a game at Staples Center on November 07, 2019 in Los Angeles, California. NOTE TO USER: User expressly acknowledges and agrees that, by downloading and/or using this photograph, user is consenting to the terms and conditions of the Getty Images License Agreement (Photo by Sean M. Haffey/Getty Images)

LOS ANGELES (AP-MODIFIED) — Lou Williams made a go-ahead jumper with 58 seconds left, then added a 3-pointer and finished with 26 points to lift the Los Angeles Clippers over the Portland Trail Blazers 107-101 on Thursday night for coach Doc Rivers' 900th career victory.

Kawhi Leonard had 27 points, 13 rebounds and six turnovers after missing a nationally televised loss to Milwaukee the previous night as part of load management for his knee.

Damian Lillard and CJ McCollum led Portland with 22 points apiece, but both got blanked in the fourth quarter of the Blazers' third straight loss.

The Clippers rallied from eight points down early in the fourth, taking their first lead on Leonard's basket.

When the Clippers announced on Twitter that they'd be wearing the Braves throwbacks, plenty of fans shared their support for bringing a team or a game to the Queen City.

Idea....Play a game in Buffalo.

I grew up in Buffalo in the 70s. I love these throwbacks and might even buy one.

Watching the Clippers play in the retro Braves jerseys is so cool. It’s hard to imagine Buffalo had an NBA team. It makes me wonder how different things would be if they never left.