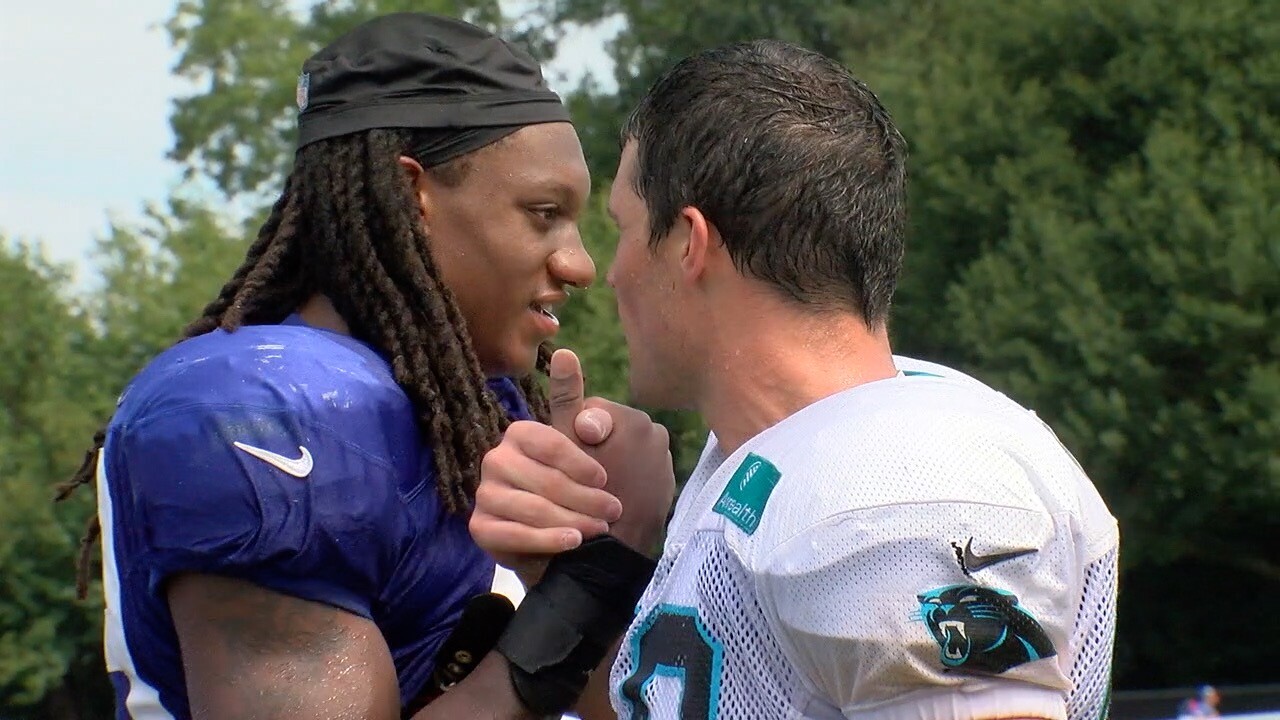 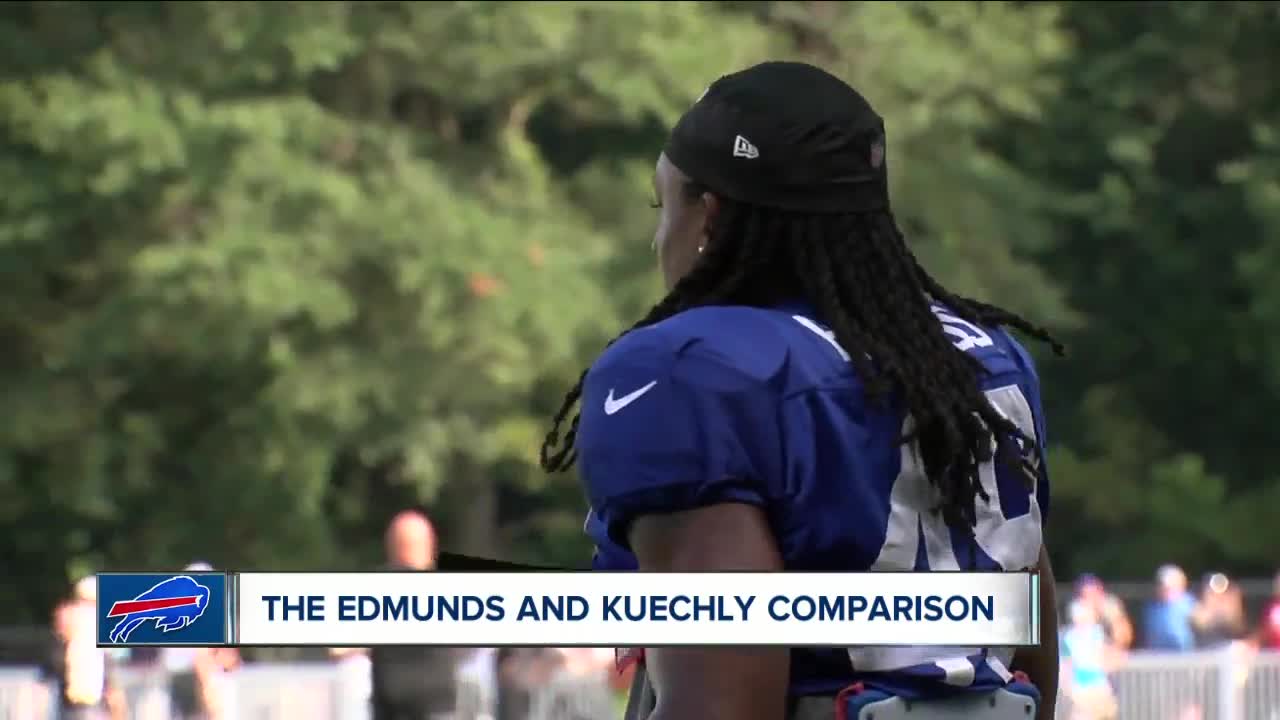 SPARTANBURG, S.C. (WKBW) — It didn't take long on Wednesday for Bills linebacker Tremaine Edmunds to start getting compared to Panthers linebacker Luke Kuechly. While the two players were on opposite sides of the field during Wednesday's practice, Kuechly talked highly of the second-year Bills player.

"He's big, he's athletic, he runs, he's long, he's like the perfect body type for this defense," Kuechly said of Edmunds. "McDermott's got a great defense and I think he's gonna thrive in it."

After practice, Edmunds and Kuechly chatted about different things they've learned over their years. Edmunds says even though he admires Kuechly, he wants to play his own game.

"I can pick things up from him, see the way he played when coach McDermott was his coach but at the end of the day, I'm trying to be my own player," Edmunds said. "He's a great player, everybody knows that so I'll take stuff from his game, take stuff from other people's game, and apply it to my game and be the best that I can be."

The Bills will have Thursday off before they return to the field Friday for their second preseason game.