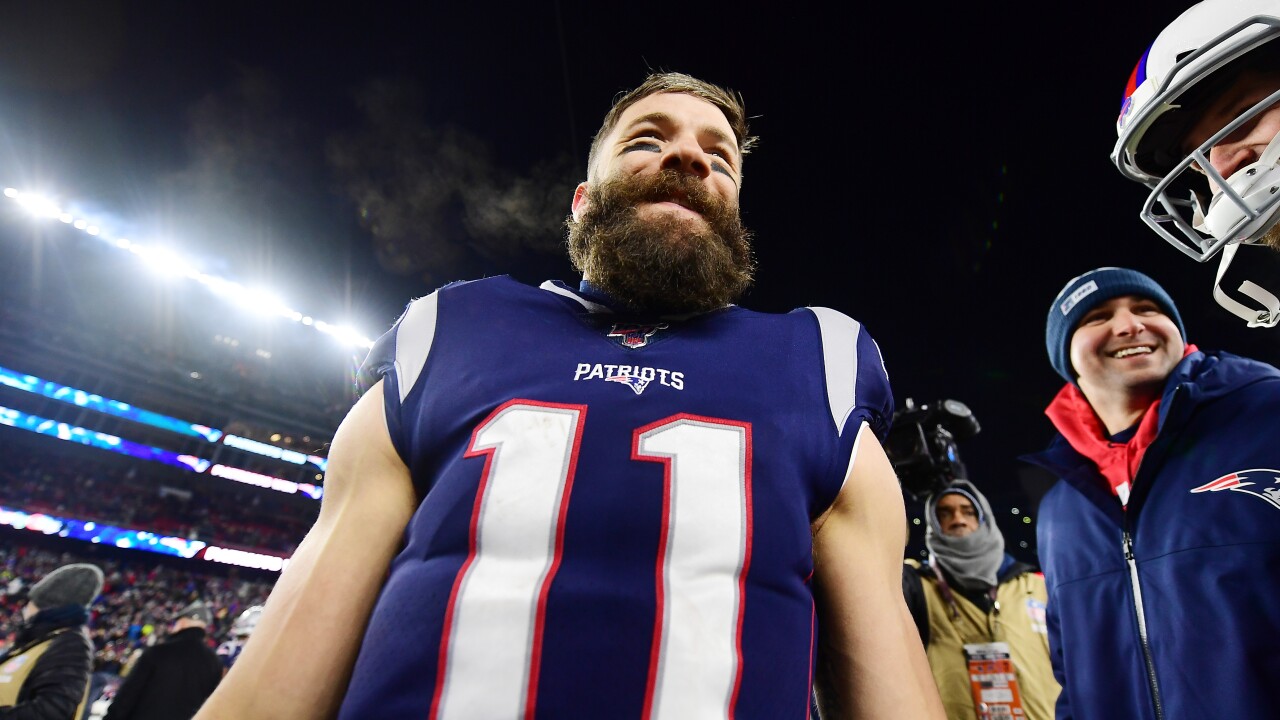 According to the New York Times, Edelman said he "was trying to sell it.” and, "hopefully, they didn’t see it.”

Edelman laid on the ground motionless after the collision. He was called for offensive pass interference, negating a Patriots touchdown.

The Bills lost to the Patriots 24-17 in Foxborough Saturday. The Patriots clinched the AFC East Division for an eleventh consecutive year.

Buffalo is getting ready to take on the New York Jets for their final home game of the year this Sunday.