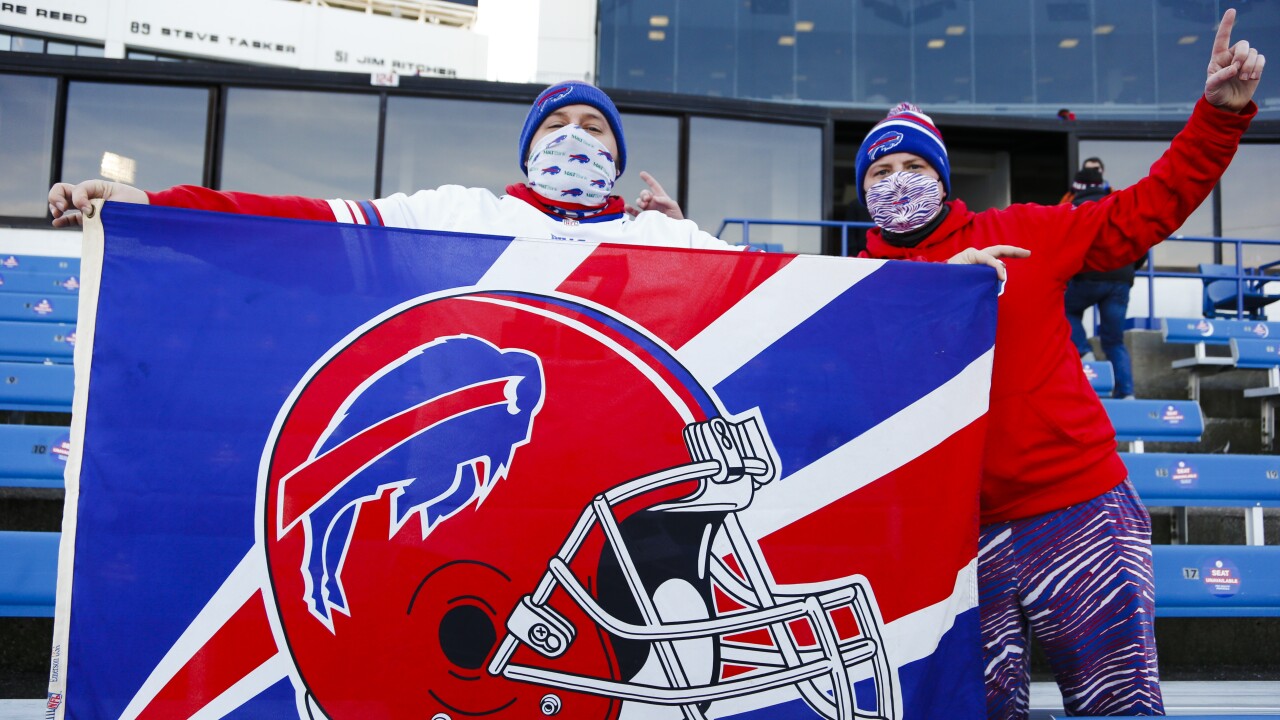 Follow along as track the latest from the game.

Bills kick it off to start the game and the Colts will start at the 25-yard line.

Colts QB Phillip Rivers misses T.Y. Hilton on third down and the Bills start their first drive of the day deep in their own territory.

Bills QB Josh Allen misses John Brown on third down and the Bills punt on their first drive of the game.

Bills stop Colts RB Jonathan Taylor on third down, and kicker Rodrigo Blankenship kicks a 30-yard field goal to give the Colts a 3-0 lead.

Field position game bites #BillsMafia early... I know bend don’t break is overused, but holding Indy to a field goal there was huge.

The Bills start their second drive of the day near their own 15-yard line.

HUGE play from Allen to Diggs has the Bills across midfield.

Stefon Diggs is that dude.

Bills Dion Dawkins headed to the locker room after the touchdown.

Bills Micah Hyde and Jordan Poyer make a HUGE stop preventing T.Y. Hilton from a big gain on third down, and forces a fourth Indianapolis.

Bills can't make anything happen on their first possession of the second quarter and punt it away.

Jonathan Taylor rushes for a touchdown giving Indianapolis the lead back.

The Bills are stopped on three running plays and face fourth down and one and decide to punt.

The Colts turn it over on fourth down within the red zone.

So it looked like it was going to be 17-7 Colts going into the half.

The Bills FINALLY get decent field position to start the second half.

Tyler Bass nails a 46-yard field goal to give the Bills a 17-10 lead on their first drive of the second half.

The Bills head into the fourth quarter up 17-10.

Bills running back Zack Moss is down on the field and trainers are attending to him.

The Bills PR says Zack Moss is doubtful to return.

MASSIVE play for the #Bills

That's the right call from the #Colts -- but that's a huge play there.

Remember all the hate this kid was getting at the start of the season? I think he's bounced back pretty well.#BillsMafia

TE Jack Doyle gets a touchdown for the Colts and converts the two point conversion to cut the lead to 27-24 Bills.

Bills can't convert on third down and punt with 2:38 to go in the fourth quarter.