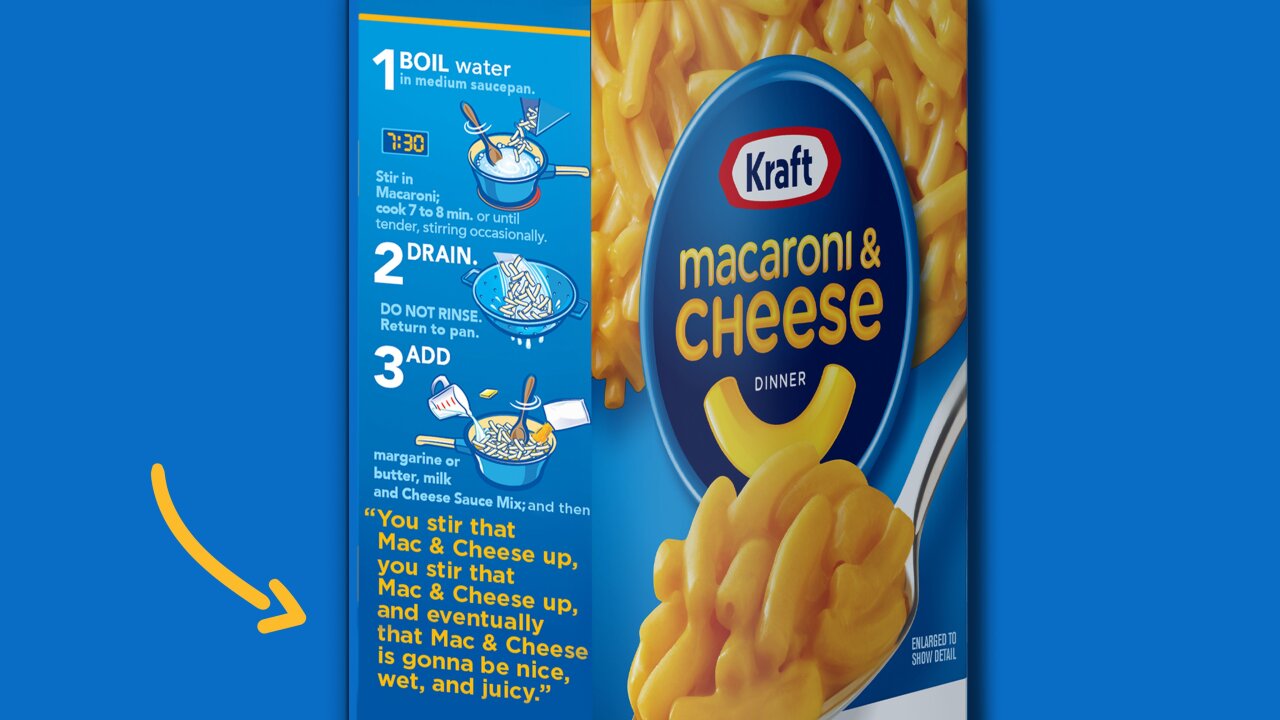 ORCHARD PARK, N.Y. (WKBW) — Chances are you were more than excited about the Buffalo Bills come-from-behind victory over the New York Jets on Sunday, just maybe not as thrilled as Bills OT Dion Dawkins.

In a post-game interview, Dawkins described the win like making macaroni & cheese.

Building on his viral quotes, Dawkins took to Twitter to share a hilarious photo of "Chef Dion's Macaroni & Cheese".

Kraft took notice of the tweet, and added Dawkins "unique" instructions to its macaroni & cheese recipe.

If the Bills continue their success, we're sure fans will make plenty of macaroni & cheese to celebrate.