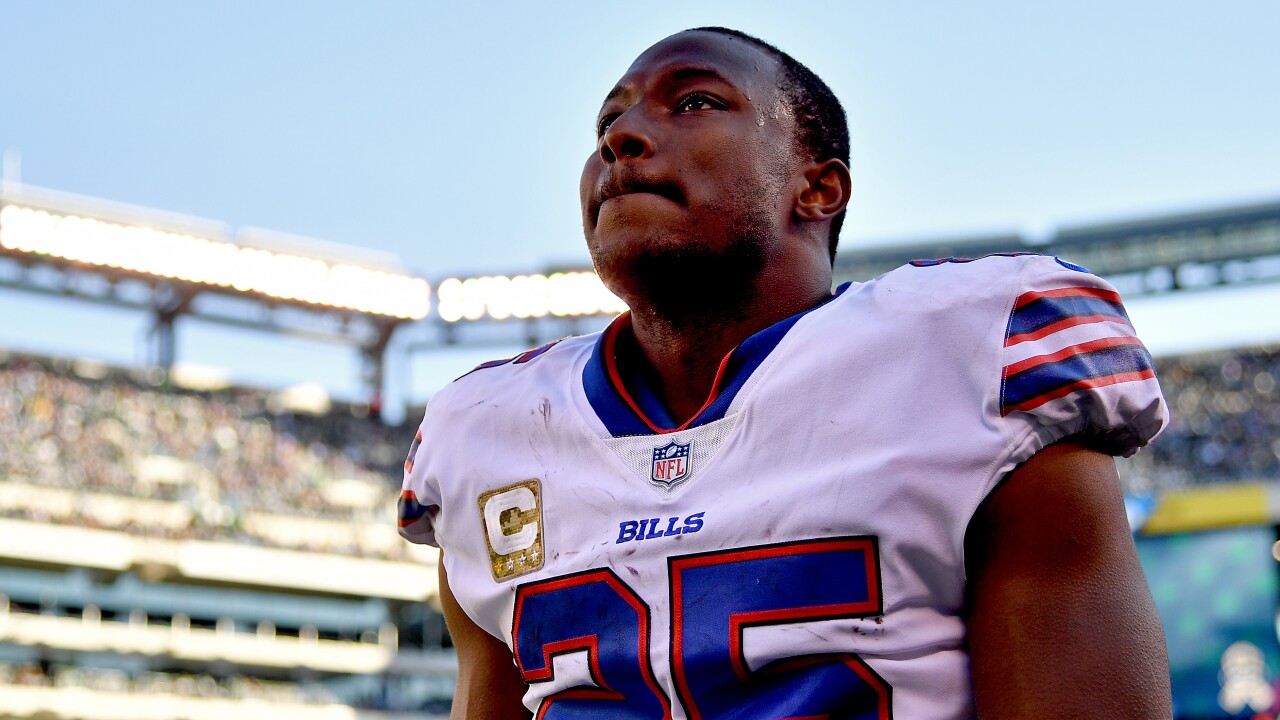 Mark Brown/Getty Images
EAST RUTHERFORD, NEW JERSEY - NOVEMBER 11: LeSean McCoy #25 of the Buffalo Bills looks on from the sideline during the second quarter against the New York Jets at MetLife Stadium on November 11, 2018 in East Rutherford, New Jersey. (Photo by Mark Brown/Getty Images)

KANSAS CITY, MO. (WKBW) — After what many considered to be a surprise roster cut on Saturday, former Buffalo Bills running back LeSean McCoy has found a new home.

According to reports from ESPN's Adam Schefter the 31-year-old will join his the 2018 AFC runner-up Kansas City Chiefs on a one-year $4 million deal.

@buffalobills @nfl If there is anything that my 11 years in the league has taught me it is to always expect the unexpected. I never expected to become a Buffalo Bill and I never expected to fall in love with the city and the amazing fans. However, that is exactly what happened. I would like to thank the entire Buffalo Bills organization, Terry and Kim Pegula, Coach McDermott, Brandon Beane, Doug Whaley, Anthony Lynn and Rex Ryan. It has been my pleasure and honor to take the field and represent the proud Buffalo franchise. We shared some great moments together and you guys will always hold a special place in my heart. Thank you to all my teammates that went to battle with me each and every week. I am going to miss the amazing atmosphere and wonderful #billsmafia fans the most! With that being said, I am excited and overjoyed to be continuing my career in Kansas City! The chase continues...

McCoy joins head coach Andy Reid, who coached McCoy from 2009-2012 when McCoy was with the Philadelphia Eagles.

In four seasons with the Bills, McCoy played 57 games with a combined 5,148 rushing and receiving yards, and 30 touchdowns (25 rushing, five receiving).