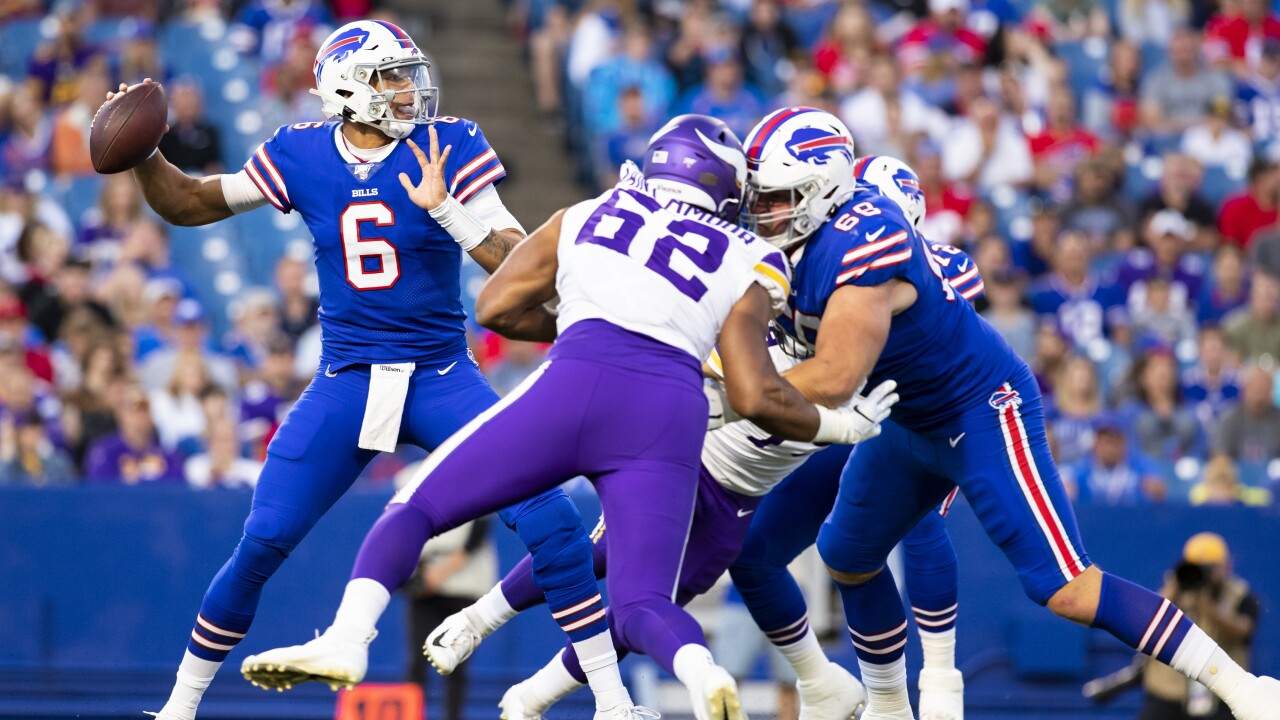 ORCHARD PARK, N.Y. (WKBW) — The Buffalo Bills set a franchise record and the regular season has not even started yet.

The Bills defeated the Minnesota Vikings 27-23 on Thursday night, marking the first time in franchise history that the team finished the preseason 4-0.

Former University at Buffalo quarterback Tyree Jackson led the Bills on a late comeback, helping the team erase a 23-6 deficit in the fourth quarter. In Jackson's final drive, he hit receiver David Sills with an 8-yard touchdown pass with 13 seconds left in the game to secure the win.