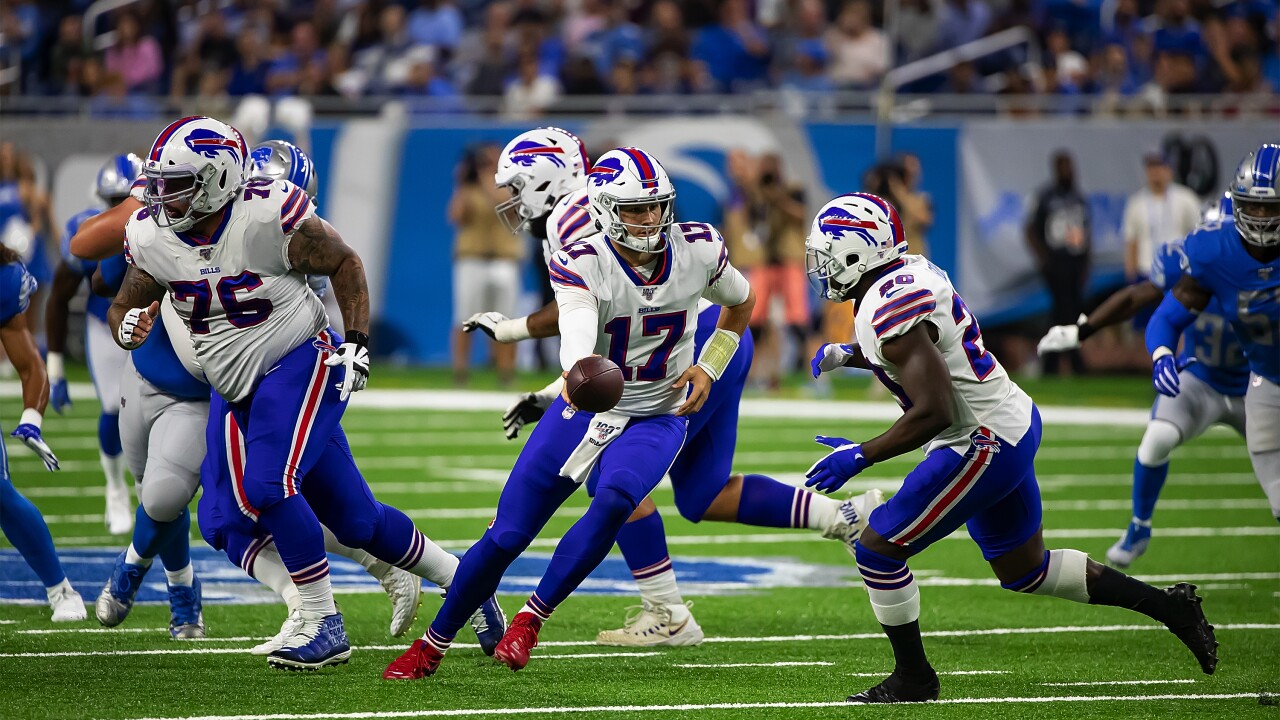 BUFFALO, N.Y. (WKBW) — The Buffalo Bills remain undefeated in the preseason after taking down the Detroit Lions 24-20 at Ford Field on Friday night.

As expected, this week's match-up was the most that we've seen from the starters. In less than a half of action though, Josh Allen threw 3 for 6 for 49 yards.

This week was also the first time that LeSean McCoy and Frank Gore both dressed. McCoy had six carries for 37 yards, while Gore took his eight carries for 57 yards.

Gore left the game briefly with an injury, but returned. A pair of other Bills however, did not return.

The Bills took a 14-13 lead into halftime. At that point, the starters for both squads were done. Matt Barkley threw 12 for 14 for 142 yards and a touchdown.

Buffalo returns home to New Era Field for its final preseason game against the Minnesota Vikings on Thursday August 29th.