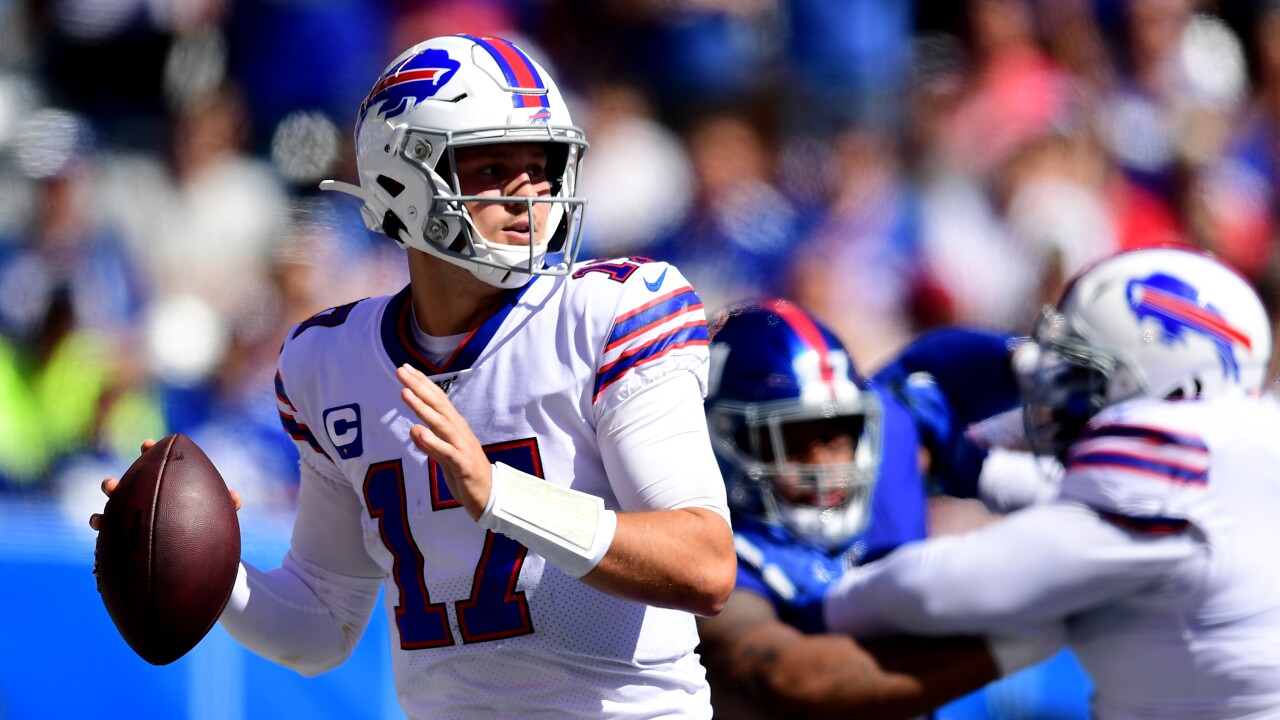 BUFFALO, N.Y. (WKBW) — The Buffalo Bills went two-for-two at MetLife Stadium to start their season. After a slow start, they topped the Giants 28-14 to move to 2-0 on Sunday afternoon.

Earlier in the week, head coach Sean McDermott called Saquon Barkley a "terrific challenge from a defensive standpoint." Barkley started the game with four carries for 55 yards and a touchdown.

Offensively, Josh Allen led the way for the Bills. He completed 19 of 30 passes for 253 yards and a touchdown. Allen also added another score on the ground.

The Giants made it a one-possession game early in the fourth quarter, but Allen and the Bills offense had the answer on the following drive. An interception by Jordan Poyer late in the 4th quarter sealed the deal.

After back-to-back weeks in New Jersey, the Bills host the Cincinnati Bengals at New Era Field next week. Kickoff is at 1:00 p.m.