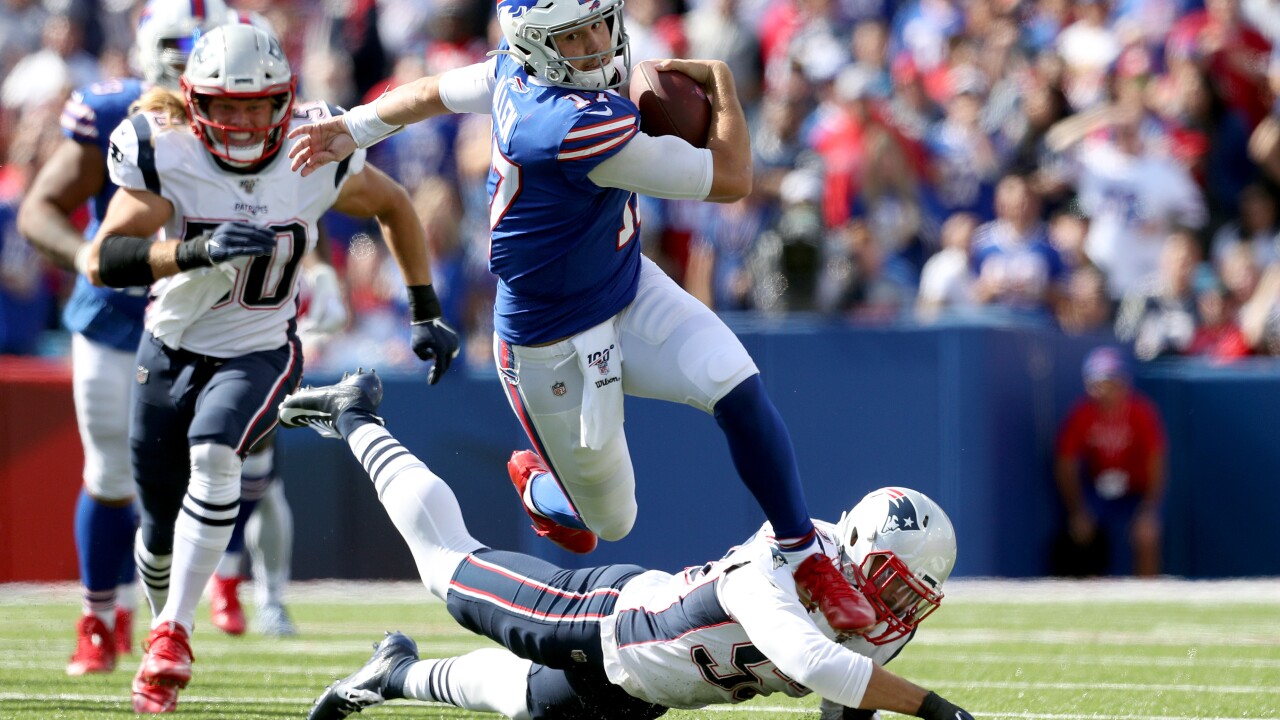 BUFFALO, N.Y. (WKBW) — This week's match-up of undefeated AFC East squads certainly lived up to the hype. But the Bills fell into a hole early and couldn't climb out of it as they fell to the defending Super Bowl champs 16-10.

The low point of the game for Buffalo was a blocked punt that Matt Slater returned for a touchdown to put the Patriots up 13-0. At that point, both the defense and special teams had given up a touchdown, and Josh Allen had thrown more interceptions than completions.

But the Bills showed signs of life in the second quarter as they kept the Patriots off the board. After the two-minute warning, they added a field goal to make it 13-3. Stephen Hauschka had a chance to make one more before going into the locker room, but missed wide.

Josh Allen's best drive of the game came in the start of the third quarter. He went 6-for-6 for 69 yards and scored on a QB sneak to make it a one-score game. Later in the third quarter, though, Allen left the game after a hard hit. The Bills' comeback fell to veteran backup Matt Barkley.

With no timeouts left, the Bills needed a touchdown against the best defense in the league. Barkley eventually had a pass batted at the line and it was intercepted by Jamie Collins to seal the game for the Patriots.

After two straight home games, the Bills hit the road again for Week 5. They play the Tennessee Titans in Nashville next Sunday at 1:00 p.m.