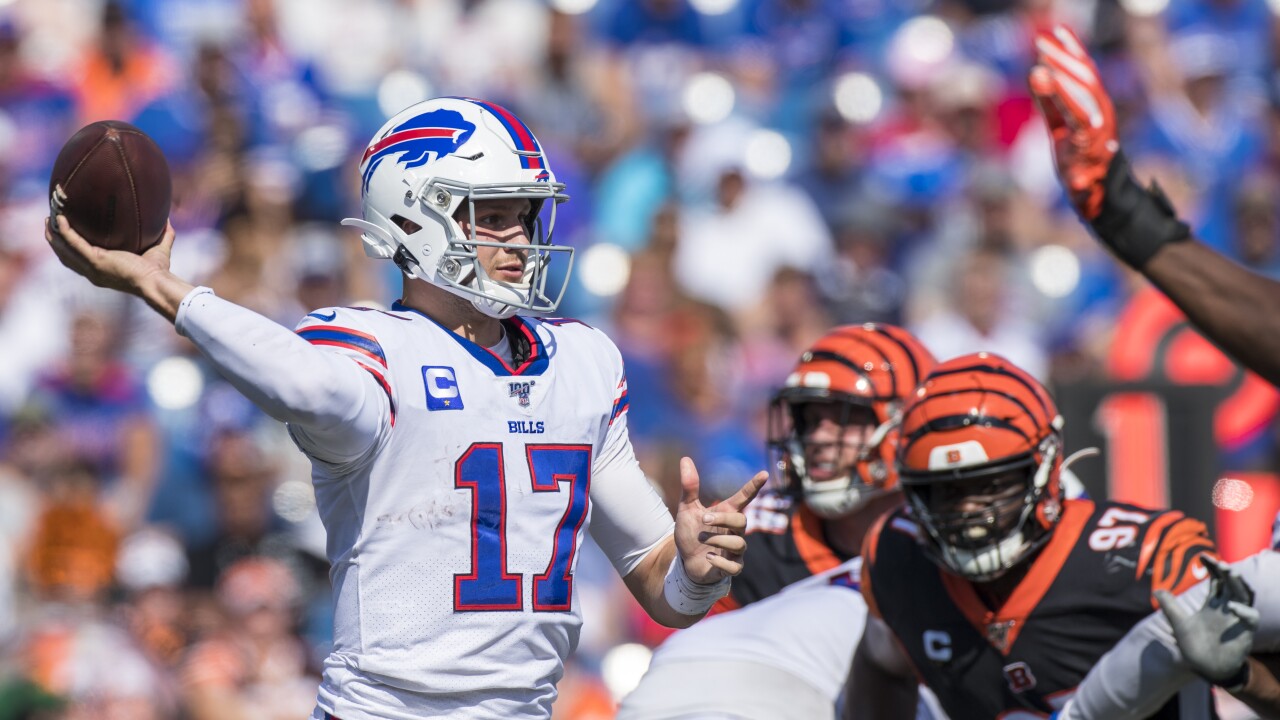 BUFFALO, N.Y. (WKBW) — The Buffalo Bills couldn't get out of their own way in their home opener. But they came out on top of the Cincinnati Bengals 21-17 on Sunday.

The Bills opened with a one-yard touchdown pass to Dawson Knox out of a goal line set. It was the rookie's first of his NFL career-- and his first since high school.

A two-point conversion and two field goals gave the Bills a 14-0 lead going into the locker room. But the Bengals eventually capitalized on Buffalo's mistakes. On two separate occasions, when the defense forced a turnover, the Bills' offense gave the ball right back to Cincinnati.

Two Andy Dalton touchdowns-- one on the air and one on the ground-- made it a tie game going into the fourth quarter. But a Frank Gore rushing touchdown gave the Bills a 21-17 lead, and a Tre'Davious White interception sealed the deal.

The undefeated Bills are at home again next week to host the 3-0 New England Patriots.