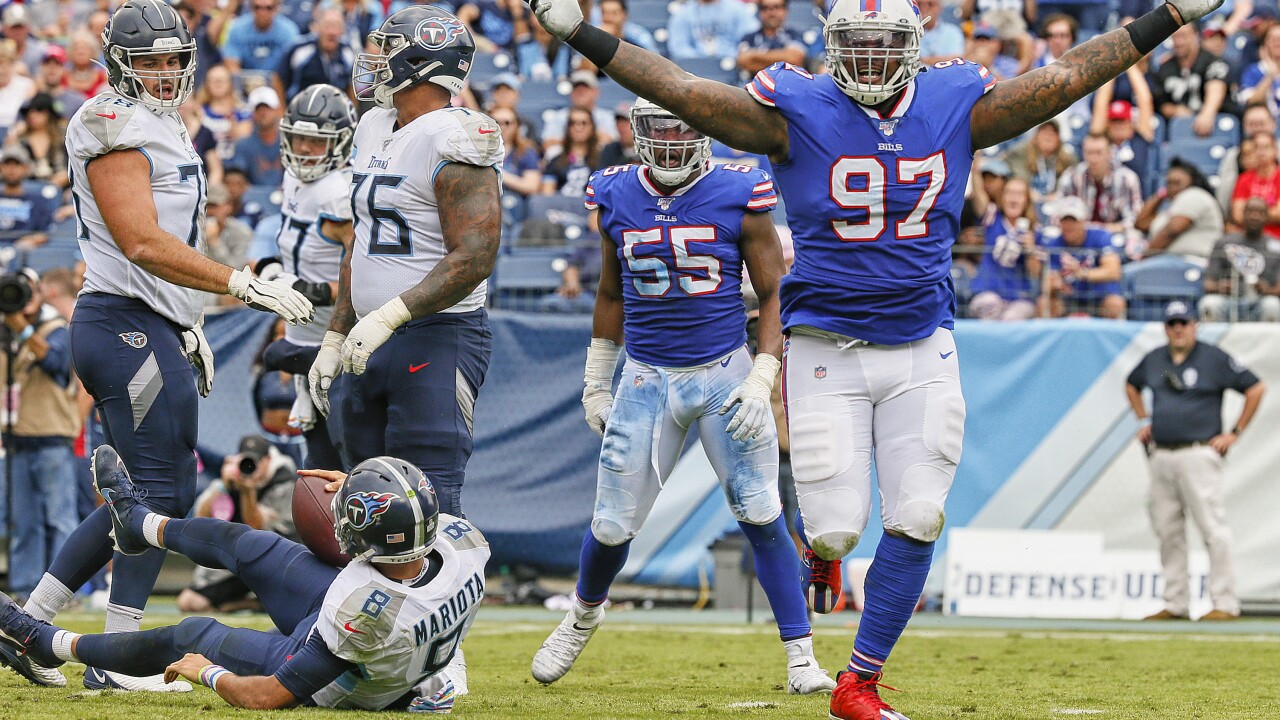 BUFFALO, N.Y. (WKBW) — It was going to be hard, if not impossible, for the Bills' defense to match last week's performance. They certainly came close to it in Nashville.

Buffalo topped the Tennessee Titans 14-7 in week five to move to 4-1 on the season heading into their bye week.

The Bills knew they had to contain Marcus Mariota-- a dual threat quarterback similar to Josh Allen. The defensive line got to him five times; Jordan Phillips had three sacks.

Offensively, Josh Allen threw 23 of 32 for 219 yards and two touchdowns after being limited in practice for most of the week due to a concussion.

The second of his two touchdowns was caught by Duke Williams in his first regular season NFL game. Williams was added to the 53-man roster on Saturday once Allen was cleared.

After their bye week, the Bills will host the Dolphins on Sunday, October 20th. Kickoff is set for 1:00 p.m.