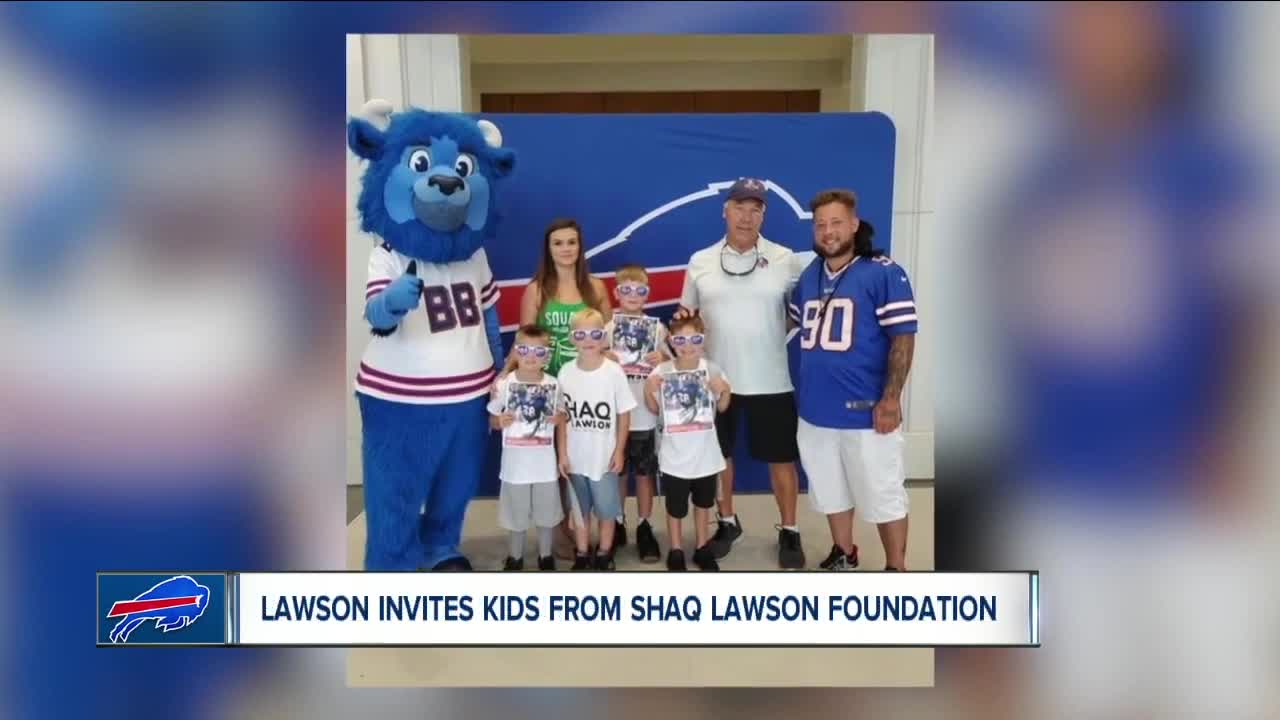 SPARTANBURG, S.C. (WKBW) — The last two days have been a homecoming of sorts for a lot of guys on the Buffalo Bills squad including head coach Sean McDermott and General Manager Brandon Beane who both worked for the Panthers years ago.

For one player on the team though, this wasn't a homecoming to a former organization. It was going back home.

Defensive end Shaq Lawson is from South Carolina and on Wednesday, he had dozens of kids from the Shaq Lawson Foundation attend the team's joint practice with the Carolina Panthers. All of the kids are from the Carolinas and some of them don't have father figures. Lawson said he needed a mentor like that when he was a kid and that's why he wanted to give back.

"The kids have probably never seen an NFL practice," Lawson said. "I know a lot of kids are probably Carolina fans but some cheer for me. To have them out here at practice, they've never been before, so it's kind of great to see so many faces."

Lawson's mother, Rolitha Walker, was also in attendance. She spoke about her son and his mission saying, "It takes me back to my days with him at Clemson watching the players. He was always 'I'm gonna be like him, I wanna be like him', and today I'm watching his dream. A lot of days I get teary eyed, a lot of days I cry here."

"I had older guys doing the same thing for me when I was younger," Lawson added. "So I told myself as a kid if I get the opportunity to do it, I want to do the same thing."

Lawson and his family plan on taking some of the kids from the Foundation Christmas shopping later on Wednesday. The presents will then be put aside and will be opened on Christmas morning.