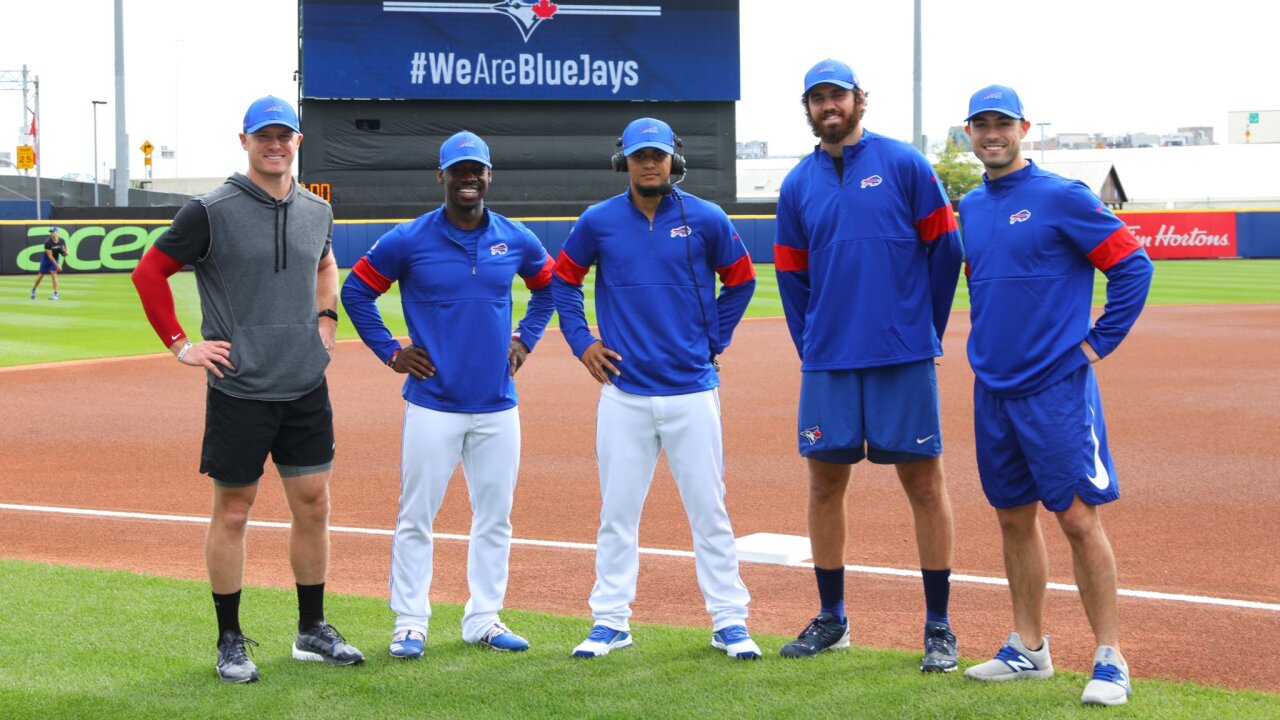 BUFFALO, N.Y. (WKBW) — After wishing the Buffalo Bills good luck before they kicked off their season, the Toronto Blue Jays put up a touchdown and extra point against the New York Mets at Sahlen Field.

Jordan Romano, who grew up not far from Buffalo in Markham, Ontario, grew up a Bills fan!

The Blue Jays took their series against the Mets, winning 7-3 on Sunday off the back of ace pitcher Hyun-jin Ryu.

The Blue Jays improved to 26-20 on the season with just 14 games left.

In Buffalo the Blue Jays have one of the best 'home' records in baseball, going 12-7 at Sahlen Field.

The Blue Jays will play the New York Yankees for a series in the Bronx starting Tuesday, followed by a series against the Phillies in Philadelphia.