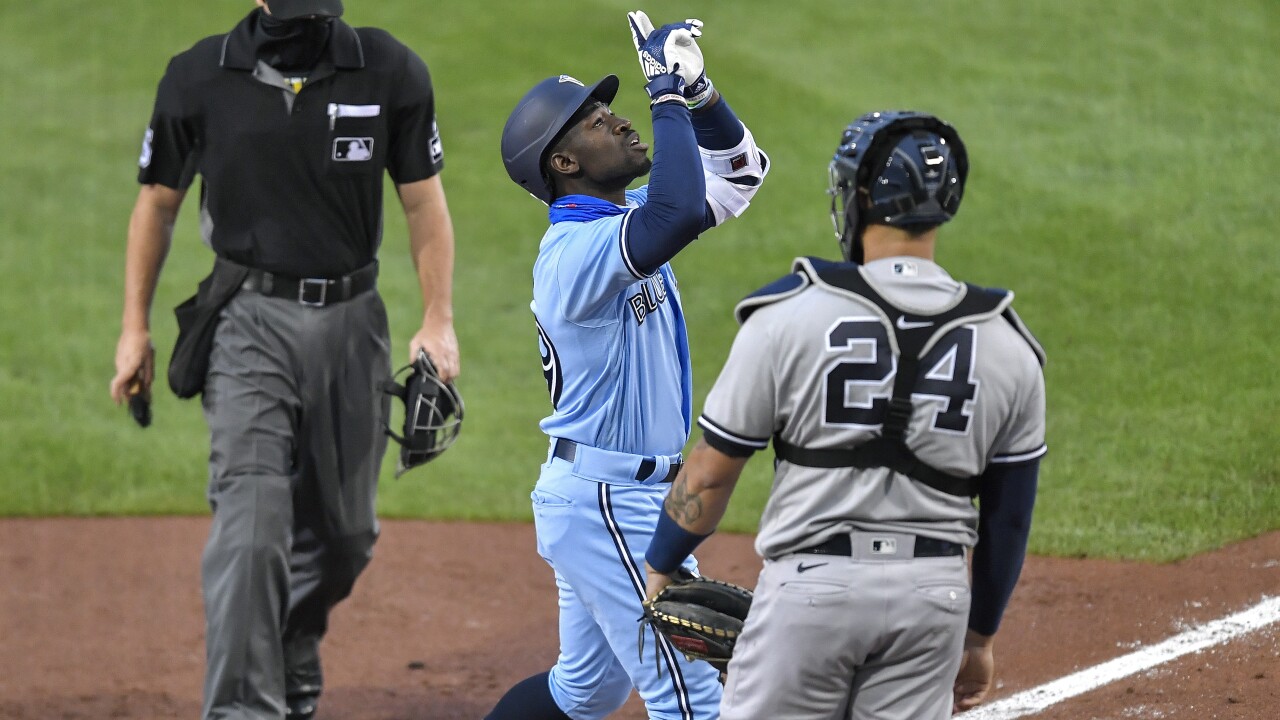 BUFFALO, N.Y. (WKBW) — The Toronto Blue Jays beat the New York Yankees for their third straight win, while improving their record to 10-5 in Buffalo.

The Blue Jays beat the Yankees 2-1, powered by a two run home run from right fielder Jonathan Davis, his first of the season.

Meanwhile the Yankees are struggling as they've dropped their fifth straight game.

The Blue Jays and Yankees wrap up their series on Wednesday, before they meet again at Yankee Stadium for a three game series starting September 15th.

The Blue Jays have won 17 of their last 24 games and sit in sixth place in the American League standings at a 24-18 record.