Why Jones getting benched at OSU helps Buffalo 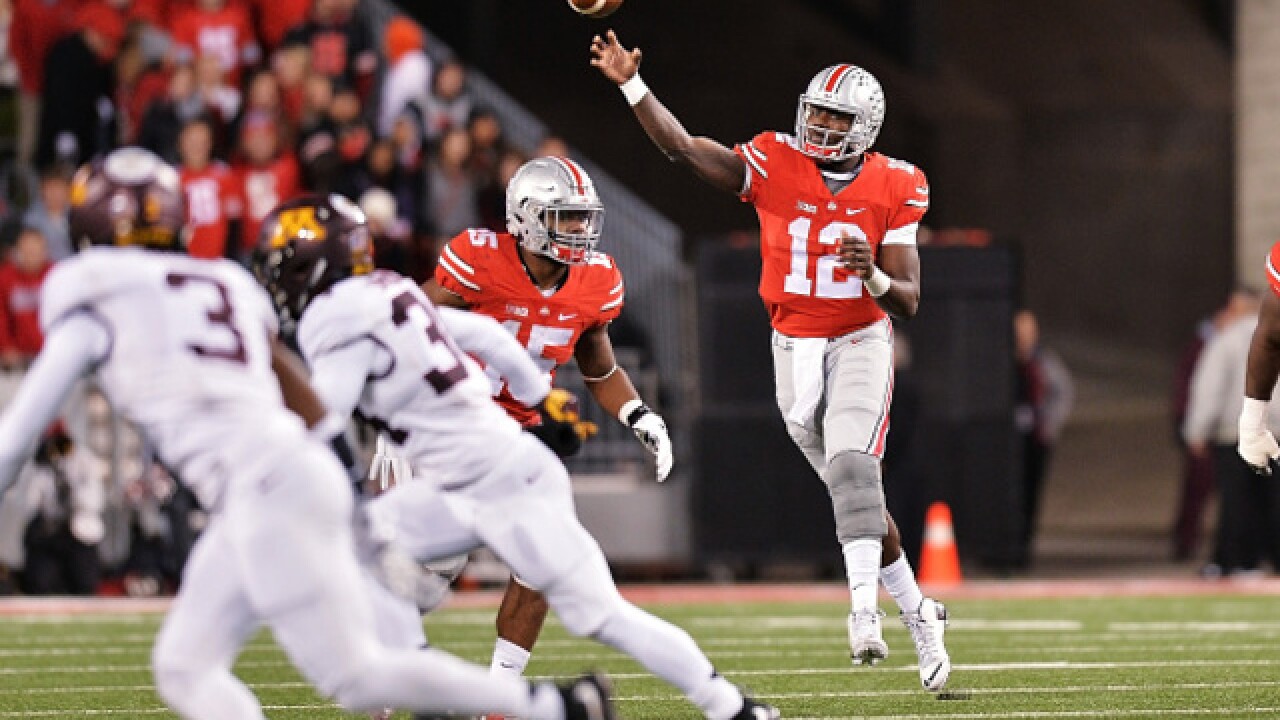 To fans, Ohio State quarterback Cardale Jones was one of the most polarizing names in the 2016 NFL Draft. And now -- more directly, he's a polarizing name for fans of the Buffalo Bills after they selected him in the fourth round.

Why exactly is that? Well, many can't get over the simple fact that Jones was benched in the middle of the 2015 season. Of course, that isn't a good look for any player -- let alone a quarterback that gets drafted. However, it's actually a bit of a good thing for the Bills.

Well, after making only 11 starts, Jones has less than 300 passing attempts to his name. Just the same as having a lack of experience for the position, there's also this line of thinking:

"I mean, this guy, he's got some stuff to work on, but he doesn't have any muscle memory already ingrained in him that's bad," general manager Doug Whaley said right after the pick was made. "So we got a piece of clay and we can mold him and with our offensive staff, I'm very, very happy to know that we got some qualified guys to help mold him."

While the pick will continue to have some detractors, there's no doubting that the Bills got a prospect with a lot of physical tools to work with. If he's going to have bad habits, he'll develop them at the NFL level. Everything before that, they can essentially wipe the slate clean.