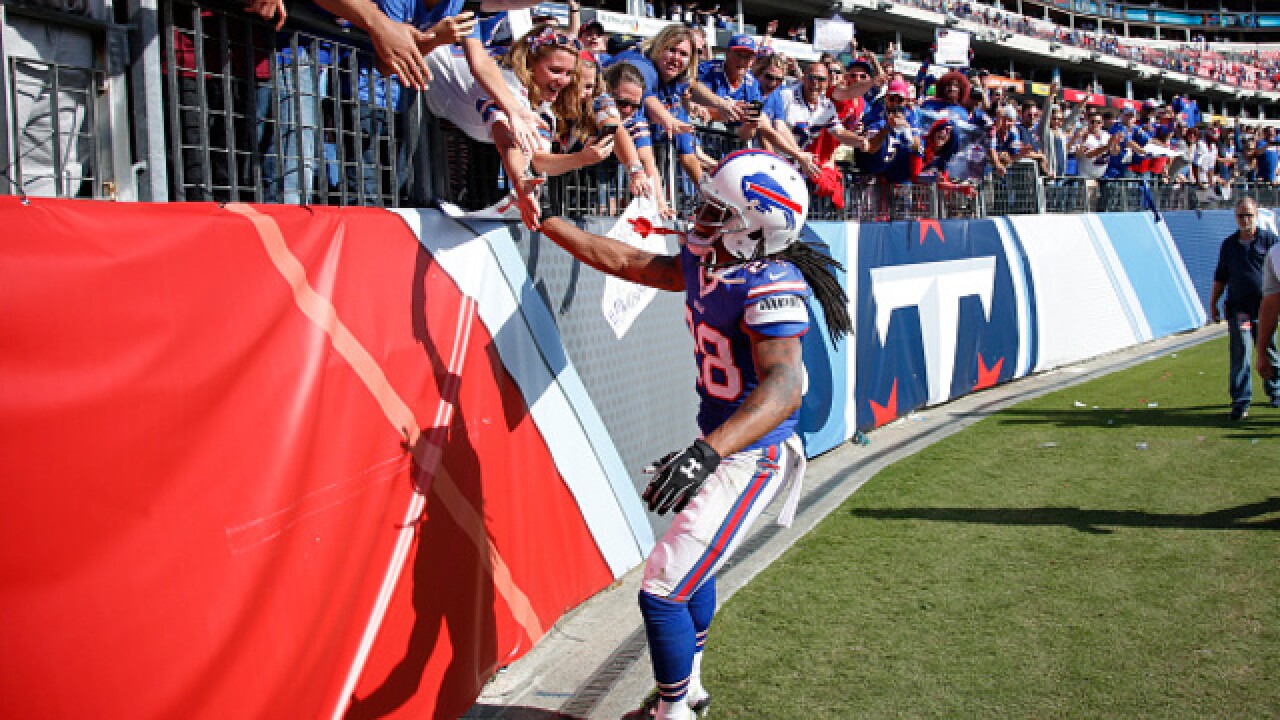 Joe Robbins
<p>NASHVILLE, TN - OCTOBER 11: Ronald Darby #28 of the Buffalo Bills celebrates with fans after the game against the Tennessee Titans at Nissan Stadium on October 11, 2015 in Nashville, Tennessee. The Bills defeated the Titans 14-13. (Photo by Joe Robbins/Getty Images)</p>

The Buffalo Bills put an awful lot of faith in the veteran players of their roster during the 2015 season, and while they were rewarded by some, others left a bit to be desired.

However, during the team's 8-8 campaign, the Bills saw two of their youngest players step up and become one of the better players in the league. The player grading website, ProFootballFocus.com, put together a list of the Top 101 players from the 2015 season, and in the first unveiling of the list (numbers 76 through 101), two young Bills players made their way on to the rankings.

The team's top pick in the 2015 NFL Draft, cornerback and second-round selection Ronald Darby, was ranked as the 82nd best player in the NFL by PFF. Among some of the standout statistics according to the website, Darby held the eighth-highest grade in pass coverage, and surrendered only 11.6 yards per reception last season.

Darby, 22, had 68 tackles and two interceptions during his rookie campaign. He'll be depended on as one of the two team's starters at cornerback once again in 2016.

In just his second year in the NFL, Bills wide receiver Sammy Watkins cracked PFF's Top 101, ranked as the 95th best player in the league last year. After he battled through injuries in the first half of the season, Watkins was routinely one of the best players on the field in the second half of 2015.

He posted a stat line of 49 receptions for 900 yards and seven touchdowns over his final nine games. Watkins will turn 23 next month, and will be depended on as Tyrod Taylor's top receiving option in 2016.