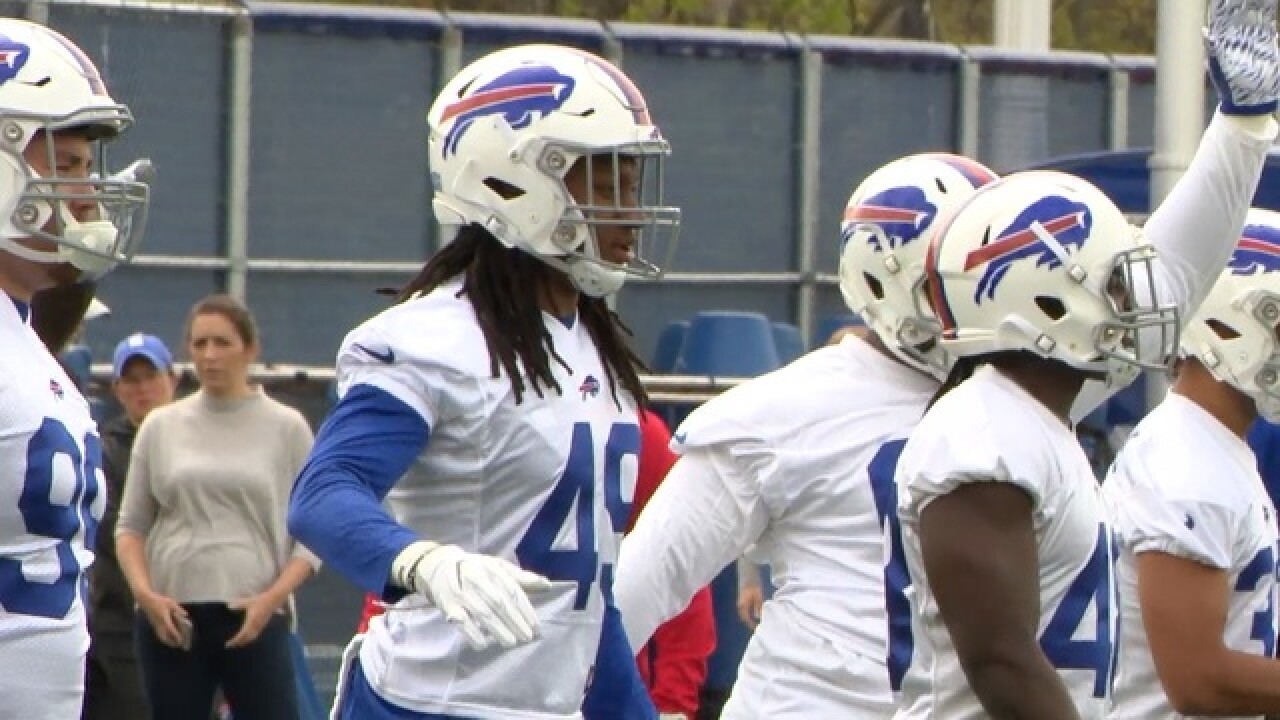 Linebacker Tremaine Edmunds made it official on Saturday, signing his rookie contract with the Buffalo Bills.

Edmunds is the sixth 2018 NFL Draft pick by the Bills to sign his contract. Josh Allen and Harrison Phillips remain unsigned as of Saturday afternoon.

Edmunds recently turned 20-years-old but has impressed a lot of his teammates with his maturity and physicality on the field. Quarterback Josh Allen said Edmunds was "a freak" and added he "was glad he's on my team" when asked about his talent following day one of rookie mini-camp.

Edmunds recorded more than 100 tackles and 10 sacks during his final two seasons with Virginia Tech.