TC20: 8) How much can we expect from Bills QB Cardale Jones? 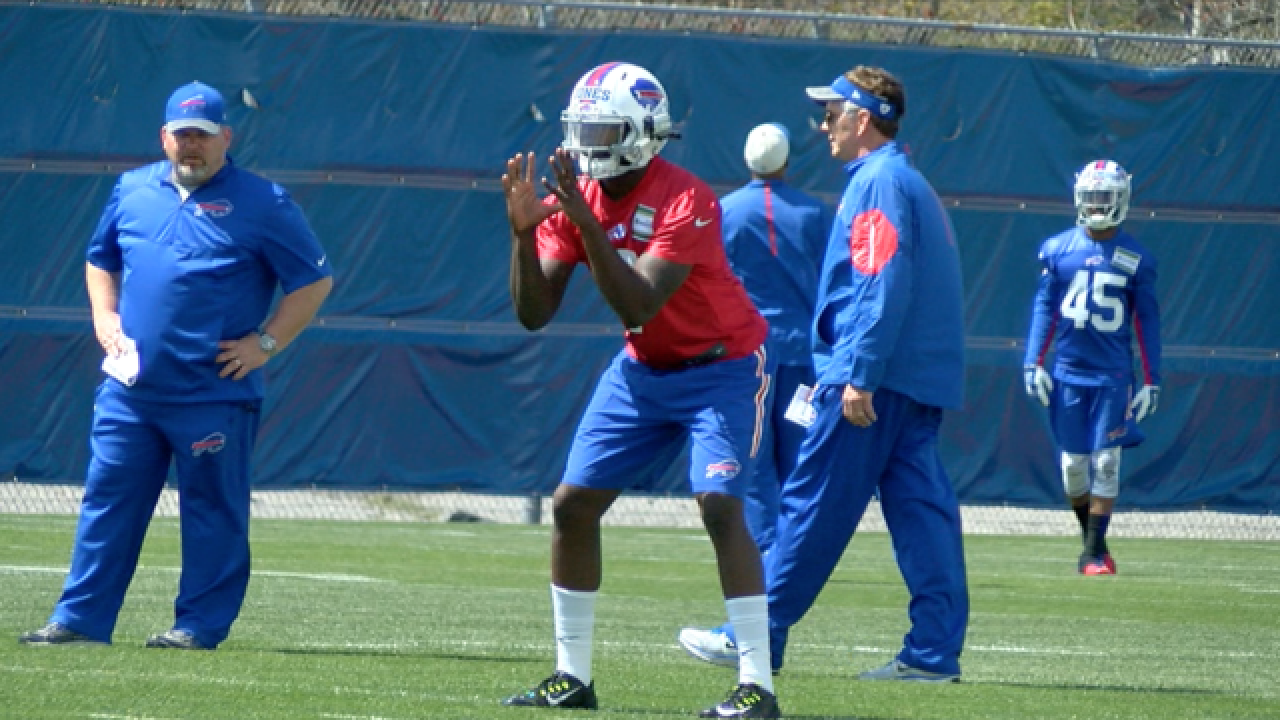 At the end of the month the Buffalo Bills will reconvene for training camp, in what will be a crucial time for a team that has playoff aspirations in 2016. There are a plethora of questions facing the team as we get closer to the start of camp at St. John Fisher College.

Through the weeks leading up to camp, 7 ABC will examine the 20 most pressing questions the Bills have for the upcoming season.

With the upcoming year, the Buffalo Bills are hoping to open things up offensively a bit more, and that would mean one player in particular takes the giant leap forward many expect he will.

8) How much can we expect from Cardale Jones?

During Ohio State's championship run two years ago, fans and members of NFL front offices both saw what quarterback Cardale Jones could do, and many wondered if he was the next big thing. Jones was one of the most highly publicized quarterbacks heading into the 2015 season, but by the middle of the year, he was benched for inconsistent play.

With this past season being his senior campaign, the up-and-down play left his draft stock in tatters. If he had a good year and showed the same type of potential he did during the championship run, Jones could have had a chance to be a first or second-round pick.

Instead, Jones lasted all the way until the final pick of the fourth round, and the Bills scooped him up as their newest project at quarterback.

Upon being drafted, many immediately wondered about the immediate future of backup quarterback EJ Manuel for obvious reasons. Manuel, the former first-round pick in 2013 and a once starter of the team, cost the Bills a game that they should have won against the Jacksonville Jaguars, and in turn, lost some support for his long-term prospects along the way.

That brings us to Jones, and much to the chagrin of some fans out there, is no immediate threat to unseat Manuel as the backup for the 2016 season. While the long-term future with the Bills looks particularly murky for the former first-round pick, the Bills would have to see loads of progress from Jones in a small window of time.

Had Jones been farther ahead of the curve than he was during OTAs and minicamp, perhaps it wouldn't be as much of longshot as it appears to be right now. For Jones, the Bills used the offseason workouts as an opportunity to see exactly what the rookie quarterback brought to the table, and exposed him to every situation they could so that way they knew what to work on going forward.

While Jones would make a jaw-dropping throw every once in again, those glimmers of hope weren't enough to overcome his inaccuracy and uncomfortability during those practices. With that in mind, at training camp Jones will only have a small window of time during practices to show the steps that he's taking.

His plight will be all about knowing and understanding the NFL offense, deciphering NFL defenses, taking on the mechanical work that quarterbacks coach David Lee will put him through, and learning how to be a professional quarterback. With all of that needed in just a small time frame, the odds are against Jones making an impact enough to be the backup quarterback this year.

Against the third and fourth-string defensive players in the preseason, there's at least a solid chance Jones will have a certain degree of success -- but don't take the bait just yet. He needs time, and unless he shows huge strides in practice this summer, the Bills won't go away from that line of thinking either.

They have a distinct opportunity to mold him the way they want him by essentially using a 'redshirt' season on him. Taylor is the starter, Manuel at least has a good grasp on the offense, so there's no need to rush him in there.

So how much can you expect from the rookie?

Things could always change, but as of right now, unless injuries become a major issue for the Bills at quarterback Jones isn't likely to be active for many games in the 2016 season.

1) Is Tyrod ready to take the next step?

2) Who steps up in place of Shaq Lawson?

4) Do the Bills have the defensive depth?

5) When will Karlos Williams be ready?

6) Will Stephon Gilmore hold out?

7) A breakout season for Sammy Watkins on the horizon?

8) How much can we expect from Cardale Jones?