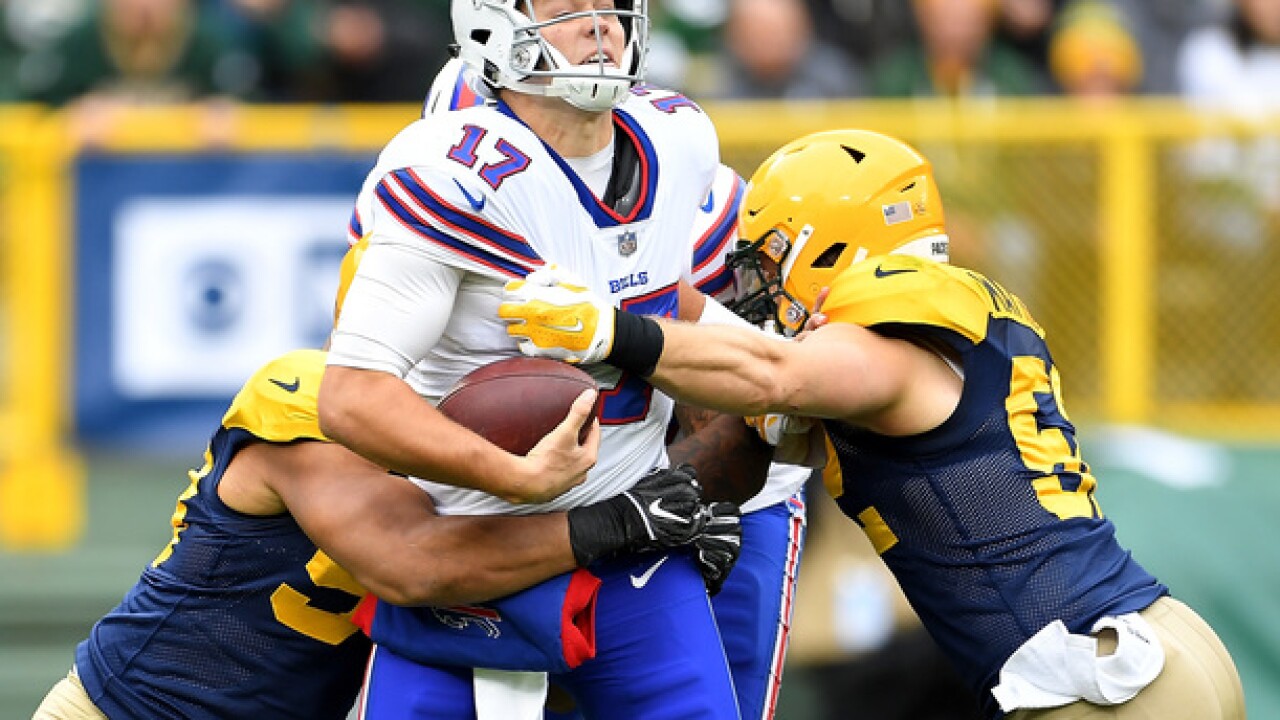 Copyright 2018 Scripps Media, Inc. All rights reserved. This material may not be published, broadcast, rewritten, or redistributed.
Stacy Revere
GREEN BAY, WI - SEPTEMBER 30: Josh Allen #17 of the Buffalo Bills is sacked by Nick Perry #53 of the Green Bay Packers and Clay Matthews #52 during the second quarter of a game at Lambeau Field on September 30, 2018 in Green Bay, Wisconsin. (Photo by Stacy Revere/Getty Images)

Last week, Buffalo Bills fans saw a team dominate Minnesota on both sides of the ball and looked like a potential playoff team. This week, the struggles that plagued the Bills in weeks one and two returned as they fell to the Green Bay Packers, 22-0.

It was Buffalo's third loss of the season through four weeks of play.

The struggles started from the first drive of the game as Buffalo couldn't pick up a first down on their first two possessions. Even more so, the Bills wide receiver corps struggled. The first catch from a WR came late in the 2nd quarter when Kelvin Benjamin grabbed the unit's first reception of the day off a long Josh Allen pass with less than two minutes left in the first half.

Allen, didn't have the greatest showing after a promising game last week against the Vikings. He finished just 16-of-33 for 151 yards and two interceptions. He was sacked seven times for a combined loss of 64 yards.

The Bills defense showed some signs of life throughout the game. Jordan Poyer recorded an interception, Kyle Williams recovered a fumble and rookies Taron Johnson and Siran Neal each recorded a sack. The unit did, however, allow more than 400 yards of offense including nearly 300 yards in the air by Rodgers and company.

The Bills return home next weekend when they host the Tennessee Titans. Kickoff is scheduled for 1 p.m. at New Era Field.